Ghana's Diaspora Database To Re-launched In The UK 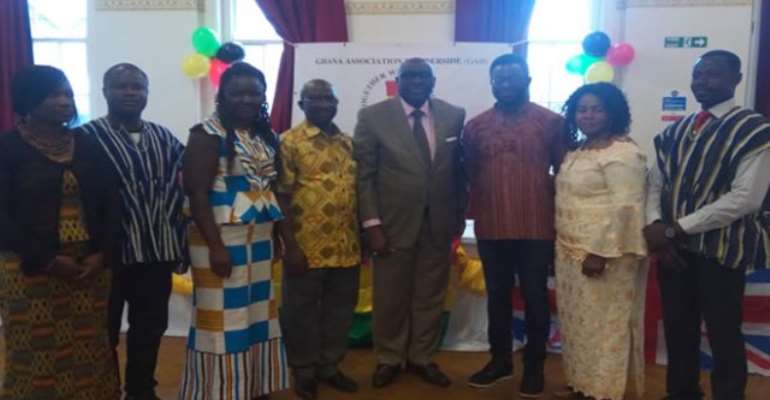 The Ghana’s High Commissioner to the United Kingdom, Papa Owusu-Ankomah has hinted of plans to relaunch a database for Ghanaians resident in the United Kingdom as well as United Kingdom citizens of Ghanaian descent, to obtain relevant information on their areas of expertise and interests.

This he notes, would ultimately enable the Ghana High Commission to have a comprehensive network of knowledge to assist in the transformational agenda in Ghana and make significant contributions to move “Ghana Beyond Aid” 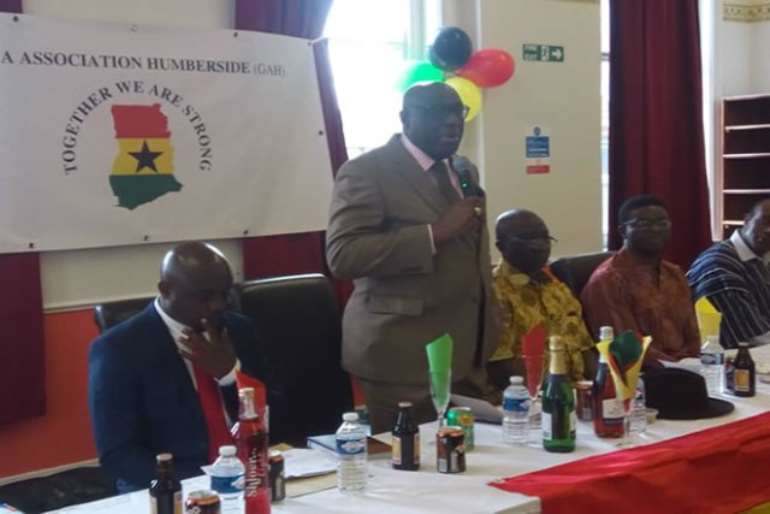 High Commissioner addressing the participants The High Commissioner made the statement on Saturday, June 16, 2018, at the inauguration of the Ghana Association Humberside (GAH) at Kingston, Wesley Methodist Church, Hull City.

Papa Owusu-Ankomah in his address, touted some policies and programmes undertaken by the Government of Nana Addo Dankwa Akufo-Addo which has earned the country as a beacon of hope in the sub-region.

He stated that government recognises the transformational power of the Diaspora, which has made countries, such as, China and India, among others become economic powerhouses. The contributions and talents of Diasporans he observed, are needed to spur growth and advance the development agenda of the country.

Against this backdrop, Government has established the Office of Diaspora Affairs at the Office of the President to closely work with the Diaspora through enhanced engagement in the governance and economic development of the country, he said. 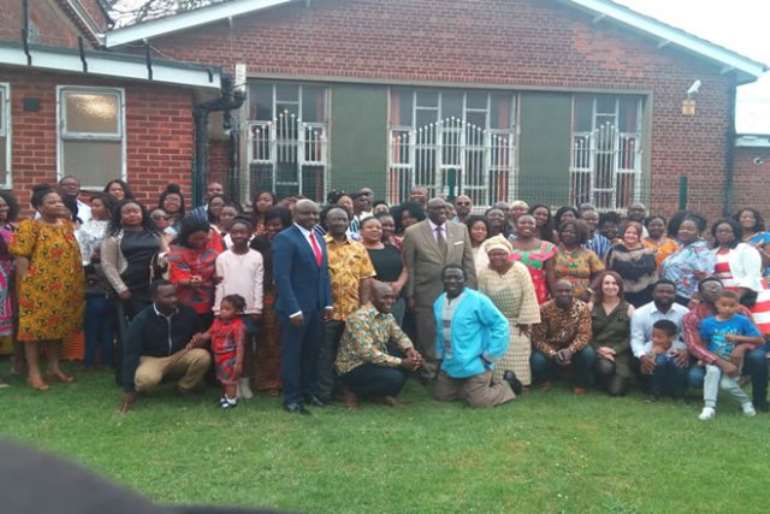 High Commissioner in a group picture with Members of GAH

The High Commissioner commended the Diaspora community for remittances sent home to households and individuals which are regarded as a critical source of income, livelihood and investment for many families at home. According to him, these remittances build homes and businesses, pay for education and healthcare bills, support the aged and parents in retirement, and ultimately keep many of our compatriots from poverty. In this regard, Government is putting in place policies that would encourage more financial remittances to be converted into development capital.

Papa Owusu-Ankomah congratulated the executives for their unflinching efforts with respect to the formation of the Ghana Association Humberside and urged the union to take part in the economic development of the country by identifying a niche in the growing investment sector, notably in agriculture, energy, real estate, service delivery and other sectors to enhance their personal economic wellbeing and, by extension, the development agenda of the country.

The Chairman of the Association, Thomas Donkor disclosed that the Association, which is made up of non-sectarian Ghanaians was mooted basically to seek the welfare of our compatriots resident in Hull and its environs.

Mr. Donkor further urged other Ghanaians who are not members of GAH to join the Association where their expertise and experience could be harnessed to move GAH to a higher pedestal worthy of contributing its quota to national development back in Ghana.

In attendance was Owusu Ansah, Head of Welfare & Consular Section and Darlington Aheto of the Protocol Section of the Mission.