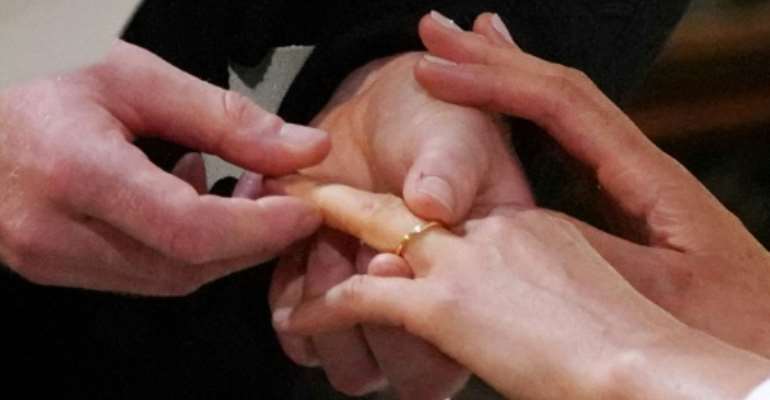 A new law could force mixed Swazi-foreign couples to pay the equivalent of $2,200 to register their marriage in eSwatini, the landlocked southern African kingdom formerly known as Swaziland. By Jonathan Brady (POOL/AFP/File)

Parliamentarians in eSwatini, the small southern African kingdom formerly known as Swaziland, began debating a law on Thursday that if passed would force Swazi citizens to pay $2,200 to marry a foreigner.

The government claims foreign men target women in the landlocked kingdom to secure the right to work in the country, and elsewhere on the continent, but later abandon them.

"The bill aims to protect Swazi ladies from the manipulation and abuse by their foreign partners who marry them for the sole purpose of getting our citizenship," said government spokesman Percy Simelane.

The number of foreigners applying for Swazi residency reached 500,000 in 2016 according to an estimate -- half of eSwatini's population.

Many of those seeking to move to eSwatini are from Asia and migrate for business purposes. The government has now stopped issuing trading licences to foreigners and banned those from abroad engaging in certain business -- especially rural areas.

"Though the bill might not address the problem entirely, it is our small way where we attempt to address the issue to protect our vulnerable women," added Simelane.

It is unclear how many couples would be affected if the bill becomes law.