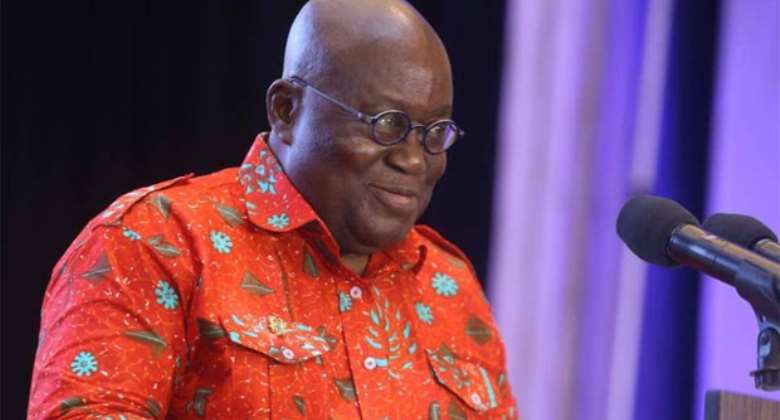 President Akufo-Addo has stated that Ghanaians should be able to take him on if he goes wrong in the course of performing his duties, saying he is not above the law.

In the same way, he said he will not shield any of his appointees if they go against the law and added that the law should always be applicable without any political colouration.

“The capacity of the state to monitor its own activities and to do so with one overriding aim/objective and that is equality before the law means exactly that equality before the law,” he said at the end of a two-day conference organized by the African Center for Economic Transformation (ACET) held in Accra last week.

He said that the country needs to develop the capacity to be able to police itself, adding “you can look at contracts and establish value for money, you can identify corrupt practices, not just indentify but deal with them on the principle that everybody is equal before the law and that there is no big or small man, they are citizens, we are all the same. For me, that is the way I am looking at things and trying to rule this country.”

The Akufo-Addo administration's effort towards the fight against corruption received a major boost when the President swore-in the Special Prosecutor Martin Amidu and his deputy to fight the canker.

Since assuming office, President Akufo-Addo has not hesitated to cause the police and other security agencies to investigate appointees suspected to have engaged in corrupt acts.

He has made corruption, especially in government, quite unattractive.

President of Rwanda, Paul Kagame, who is widely credited for transforming his war-torn country into an economic success, reiterated the need for African governments to harness human capacity, particularly the youth and natural resources, to accelerate development at the ACET forum.

Africa's richest man, Aliko Dangote of Nigeria, who was one of the speakers at the forum, said the time has come for governments on the continent to create the needed business-friendly environment for the private sector to thrive.

He indicated that the availability of electricity and favourable conditions are some factors that influence his decision to invest in countries.