There Should Be No Fishing Activities In August 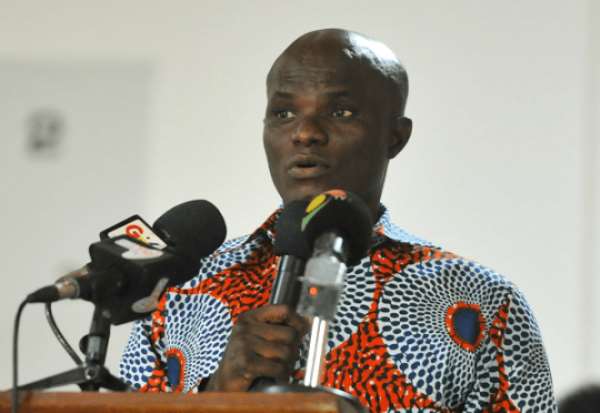 The Ministry of Fisheries and Aquaculture Development (MOFAD) will in August this year commence a month-long closed season on fishing activities in the country.

The closure would take place in the Central, Western, Volta and Greater Accra Regions would however bounce back in September.

Mr Francis Ato Cudjoe, Deputy Minister of MOFAD made this known at the opening of a three-day media Training organised by the Ministry and the Fisheries Commission (FC) in Accra for over 30 journalists on how to report on Fisheries issues.

The programme would also enable journalists to understand issues concerning the Ministry's operations and fishing activities in the country.

Mr Cudjoe said the ban would help to curb the challenge of the country's depleting fish stock.

'We want to enforce the ban to replenish stock so that we can fish for today and tomorrow. Our fishing stocks are depleting, we need to put in stringent measures to turn things around.'

The Deputy Minister explained that the MOFAD decision was as a result of the advice of a Scientific Technical Committee which conducted studies on the closed decision.

According to Mr Cudjoe, the committee found out that the month of August was appropriate because studies had shown that fishes hatched their fingerlings around that time and there were on-going discussions with all stakeholders in the fishing sector and Central, Western and Volta Regions had agreed to the ban in August.

Mr Cudjoe however said the Greater Accra Region had not agreed to the ban because of some reasons relating to the celebration of the Homowo festival and the Ministry was also discussing some compensation package and other alternative livelihood programmes for the fisher folks during the closed season.

According to him, the halting of fishing could not be ignored adding if ban was sustained for three years, it would boost fish stock in the country's marine drive.

Throwing light on challenges facing the fishing sector, Mr Cudjoe indicated that 'the greatest threat is our depleting stock as a result of over fishing.'

He said studies has shown that every 10 years, the fish stock of Ghana dwindled noting that if adequate measures were not put in place, the country would be importing more fishes.

The Deputy Minister said Ghana consumed a lot of fish which constituted about 60 per cent of protein in foods and the fish sector also employed over 2.7 million persons and it was therefore prudent that the fishing sector was protected to provide more jobs for the people.

Mr Cudjoe said his Ministry was not relenting on its efforts to roll out its five-year medium term development programme by providing more infrastructure and funds for the youth who may venture in aquaculture.

He said an Aquaculture Policy was being developed and over 100 dams were being restocked to boost fish farming and address the issue of malnutrition and an enforcement unit had been established for land and sea patrols noting that speed boats had also been deployed to arrest those engaged in illegal fishing.

Mr Michael Arthur Dadzie, Director, Fisheries Commission who spoke on media reportage and law, said challenges in fishing sector said it behoved on all to assist in finding answers to them. GNA