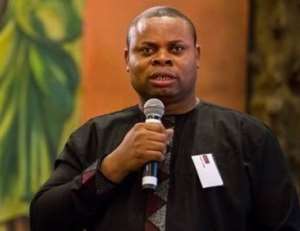 Yesterday, we were treated to wonderful presentations and examples on Value for Money from the private, non-governmental and international agencies during the Vice-president's initiated ‘value for money conference’. Prof. H. Kwasi Prempeh, ED of the Ghana Center for Democratic Development made an interesting point about the integrity of the contracting process as the only true test of value for money analysis. This is good stuff from the Vice-president and his team. I must say though that a certain unique level of professionalism is displayed by the Vice-president's team any time I have encounted them. And I asked the question: Will all the great lessons from the presentations be applied to existing controversial contracts such as KelniGVG?

Additional notes from the Vice-President's Value for Money Conference.

Yester night, I had the pleasure of discussing procurement shenanigans with the CEO of Ghana’s Public Procurement Authority (PPA) on Joy TV's PM Express programme. He revealed to me and the public that contrary to the claims by the Ministry of Communications that all tender documents related to the controversial $178m KelniGVG contract are with the PPA, his outfit never saw the tender documents since by law, the buying public entity is not supposed to give tender documents to the PPA. The PPA only acts based on what the tender committees of the Central Tender Committee and the contracting entity tell them. One could tell from the tenor of submissions by the CEO of the PPA that he wants the public educated and possibly have the law amended. So you see, the Ministry of Communications is the only entity with all the documents re KelniGVG that is if they have them. Do not forget they have told the world that they are still locating the documents almost one month after 24 CSOs and think tanks have asked them to produce copies.

While we need to punish public officials culpable and retrieve wasted or stolen money, what worries us greatly at IMANI is the fact that these stories of brazen abuse are only heard after a political party has lost political power. We can only hope that our new government will prevent these from happening ever again. However, we have to urge the NPP government to adopt habits that can curb the anomaly. We are aware a ministry has been created to deal with public procurement. We need more than that. A few years ago, IMANI suggested that ‘’all government projects costing more than 10,000 units (with a unit equivalent to 1 GHS in 2018) will require a certificate of sound value before the award of contract.

A Value for Money report must accompany the certificate of sound value and should be published on a public website. Panel hearings should be open to the public. Where the panel has no expertise in a particular project domain at hand, a call for input from external assessors should be placed on the internet and published in leading dailies. If at the end of this extended period of evaluation the expertise remains unavailable, the matter should be referred to the Auditor General for pre-project auditing. The provision of a certificate of sound value should be time-bound, perhaps 30 calendar days upon receipt of the notice of an intent to sole-source or award enter into negotiations with the winner of a public bid from the Procurement Committee of the public agency or enterprise. There should be room for extension if a referral becomes warranted as above.

Ghana has to start making progress towards such levels of transparency if we are serious about protecting the public purse. Details of contracts awarded, including sub-contracts must be public knowledge. It is also important that Ghanaians are aware of persons behind companies that win such contracts. Such level of transparency allows the public to track where every cedi of public funds is going and for them to raise the necessary red flags. It goes a long way to also discourage corruption.