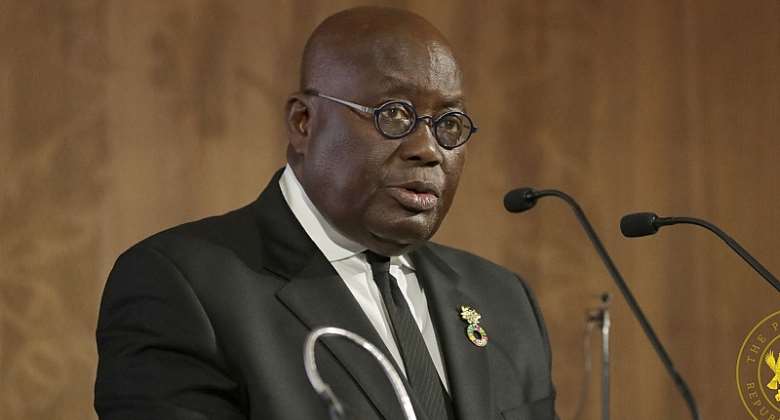 President Akufo-Addo has expressed dissatisfaction with indigenous and foreign banks in Ghana that make profits and shy away from financing relatively risky ventures that can help transform the country's economy.

“In our own country Ghana, the banks have in the last 20 or 30 years been very content with making lots of money by doing passive things and not being particularly involved in the risk-taking that contributes to economic development and transformation,” he stated.

President Akufo-Addo indicated that one of the major constraints to the transformation agenda of the country is access to capital and the cost.

“The foreign-owned banks are the main players in our economy and they have their own goals, which are not necessarily about the development of the country but about the profits that they make. It is ok, I don’t have any difficulties with people wanting to make money, but I do have a problem with making money in an environment whereby it is not making a significant contribution to the transformation of the economy,” the President said.

He added that the state has a responsibility to ensure that good measures are put in place to strengthen indigenous banks to lead the financing of risky ventures in the country.

“Policy making would promote indigenous banks in our country to grow and be strong and take on the role of providing the financial well withal for the transformation we are looking for. Without having banks that are ready to finance relatively risky ventures both in industrial and agricultural initiatives, it's going to be difficult in making the transition we are seeking,” the President added.

The 2018 ATF 2018 offered the opportunity for the private sector and other non-state actors to come together to help shape the course of economic transformation in Africa.

It was used to take stock of the Pan-African Coalition for Transformation (PACT).

Launched at ATF 2016, PACT is a mechanism for high-level government, private sector and civil society stakeholders to collaborate across sectors and borders to speed up implementation of transformative policies, as well as reforms.

The conference also allowed attendees to contribute directly to the formulation of action plans for several PACT thematic chapters, including those focused on resource mobilization, manufacturing, agriculture, extractives and skills development, among others.

Four heads of state, 15 ministers of state from the African continent, over 50 senior government officials, as well as 70 CEOs and business leaders participated in the forum.