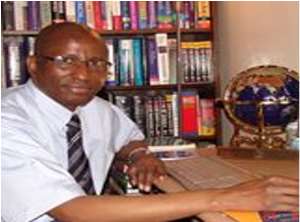 Who is responsible in the order to shoot and kill?

Two died on the spot and a third victim later pronounced death at Banjul Royal Victoria Hospital. After mounting pressure, the police chief subsequently resigned his post, claiming he did not order the fatal shootings. That however does not free him from public demands to explain how it all happened under his watchful authority.

Proprietor of Julakay Enterprise Mr Ansumana Marenah who has been mining in the area over many years, Police Chief Landing Kinteh (who subsequently resigned his post), and Interior Minister Ebrima Mballow are required to explain how they could not avoid a clash that claimed at least 3 lives, leaving others injured in defending their environment through peaceful protest.

Said to have undergone legal training during his career pursuits, the resigned police chief of Gambia would have known better, extent of vicarious liability looming over his head as person in authority when the fatal shooting happened.

Going by available public information about who ordered killing of Faraba Banta environmental activists, there appears a situation of head pulling from responsibility. Inspector General of Gambia Police Force IGP resigned his job before investigations began.

To some observers, he is still answerable by account of the fact that the fatal shots were fired under his authority as police chief. If it turns out his authority has been defied, that is still not good enough excuse to let him off the hook. As head of police at the time, Mr Kinteh is still liable for questioning.

Where the police chief cannot be excused from shouldering responsibility, Minister of Interior is also hooked to his neck. They both share responsibility for all police personnel operating under their authority. If the police had carried out success life saving rescue mission, the minister and head of police would have enjoyed being showered with praise. This time, they must house and own up all blames.

Everyone employed as police or other public security service line of operation paid by government, whatever they do, their employer has responsibility. They should have been tested and trained. Their negligent actions cannot be an excuse to free the employer free of vicarious liability.

To say that Inspector General of Police IGP and the competent Interior Minister keep clean hands over this most fatal gun shots will be serious dent to justice.

Next time someone signs up to occupy public office, they must be aware of their vicarious liabilibity when something goes wrong.

When doctors make wrong diagnosis, administer wrong drugs or carry out wrong operations, there is extensive liability which people often overlook. Some patients die of negligent practice and their families simply resign to accept everything as natural cause.

As a society, it is high time that people get to know and stay vigilant about negligence of entrusted persons in executing their regular duties.

Extent and Share of Responsibility
Where does this leave the highest command position holder, President of the Republic Adama Barrow? He is required proper duty of care to ensure that right persons are employed in right position of public trust.

If by his best judgement President Adama Barrow believed that the able Minister of Interior Ebrima Mballow and Inspector General Landing Kinteh stand capable of protecting public security that judgement must be proven by test. On this occasion of the Faraba Banta fatal shooting leading to casualties, there is cause for concern.

Governance is responsibility of highest public trust keeping. That is one good reason why Head of Government and other public position holders are sworn in.

Persons of potential risk to the public must not be given positions while unprepared for such responsibility. Preparedness includes being willing to own up when something goes wrong. It will be unfair to allow those in public position claim credit for what goes right while reluctant in taking responsibility where things go wrong.

Preservation of the Environment in an Inclusive Faraba Banta Community

People of Faraba Banta preserved and gainfully utilised their environment for more than a century. They kept it to themselves without needing to fear any invasion from government or commercially private motivated individuals like Julakay Enterprise as on this unfortunate occasion.

Faraba in Mandinka language means big rice farming land. Faraba Banta means outside of the big rice farming field. The settlement is considered one of oldest inhabitants in that area and known for their inclusive community cohesion. Living side by side are Mandinka, Jola, Fulla and other social groups who readily intermarry. Faraba Banta also holds the chair for district chief over very long time.

The community of Faraba Banta takes pride in producing highly placed professionals and top position holders in various disciplines. Among them are directors, head teachers, engineers, scientists, and experts of higher standing in specialised professions.

The name Faraba Banta is sometimes mistakenly pronounced as Faraba Bantang, possibly due to similarity with another Gambian settlement Fulla Bantang which is so many miles apart.

Faraba Banta is reputed for such a gift of nature where land is hardly dry. The community is settled on highly fertile and wet land, making all year cultivation viable economic undertaking.

Being the envy for such rich natural gift, individuals including government ministers have long set their eyes on land possession in Faraba Banta where they fenced up large areas of land for commercial horticulture, orchard development, and other agricultural ventures.

Digging deep into their land and putting the environment at high speed of degradation, people of Faraba Banta have all good reason to believe that mining activities by Julakay Enterprise will diminish long preserved highly cherished valuable gift from nature.

Reputation of Julakay Enterprise and Gambia Government at Stake

Having to shoot and kill young promising members of peaceful Faraba Banta inhabitants is grievous. Those associated with these gruesome killings will live with the guilt even when the lenience of laws set them free.

The situation looms large over reputation of Julakay Enterprise and Gambia government. It is not enough to say that lessons are learnt. Corrective measures are of most immediate demand.

Other parts of the country where the environment is under threat of ruin deserve to be protected by this and future governments.

Holding peaceful demonstration in protest of invading commercially motivated individuals or business like Julakay Enterprise, Faraba Banta people inhabitants require to be defended and not getting shot down.

Now with blood of innocent victims being paid as price for defending their community resources, there is reputational damage to Julakay Enterprise. By extension, Gambia Government risks deep dent in their reputation after claiming to be rising from over 22 years rampant killings the deposed junta regime imposed on society.

Will government of Gambia continue to issue licence for exploitation of the environment by commercially motivated persons and businesses like Julakay Enterprises, putting whole communities at risk? Tough regulations and proper checks need to be put in place.

Communities must be empowered to protect and defend their natural gifts such as the environment. Everyone is asking about the motive for using gun shots by Gambia government riot police in defending the interest of a commercial private enterprise.

Without Corporate Social Responsibility any Environment Policy is Lame

Lawmakers in Gambia need to pay attention and consider including corporate social responsibility before passing environmental and other legislation in all businesses.

It is not certain if Gambia government, past and present have thought seriously about ensuring the inclusion of corporate social responsibility in any policy formulation.

Should it turn out that various policy instruments are given the pass go without being vetted for corporate responsibility, such occasion will be open to serious abuse as times have proved. It happened where buildings collapsed leading to loss of lives. Cars are freely riding Gambian roads without conforming to best practice health and safety standards.

This and future governments will be seen doing the right thing by including corporate social responsibility when formulating and executing policy for all businesses to include not for profit operations like public services. Failure to do so will be recipe for repeat damages to the environment and diminished good life everyone craves enjoying.

Repairing the Damaged Reputation and Compensation to Victims

Julakay Enterprise and Gambia Government already suffered serious dent to their reputation. According to what people of Faraba Banta are saying, they have earlier complained to right authorities and nothing done about their plight.

Before this fatal shooting, it is said that two young persons died after falling in a ditch believed to be caused by environmental damage. Given the fact of such incident and where responsible authorities failed to stop Julakay Enterprise government stands guilty of negligence.

Victims and affected families deserve adequate compensation with assurance of total safety for their whole community.

Not just for people of Faraba Banta who are in the immediate bad experience police brutality. By extension all communities require assurance for total security.

Policing must encompass wholesome provision of security for all. Experience of Gambian public with police work mostly relates to traffic control and some minor crimes. With so much police presence, there is still lot of hard core crimes being committed.

Even with so many check points, drivers with poorly maintained vehicles are let pass go when they bribe duty police. Common fatal road accidents become the result of such illicit dealings between police and insecure drivers.

Gambian public has limited information about police duties and responsibilities. They only think about police after crime is committed. Police are supposed to engage in crime prevention as part of their extended duty to tax payer public.

Never Again
Reeling from this most unfortunate Faraba Banta fatal shooting bad experience, there is loud call for duty of care. From highest to lowest public office holder, you owe the tax payer public duty of care.

It is not first time when personnel of Gambia Police Intervention Unit PIU, openly fired on peaceful protest crowd, thereby killing some while maiming others for life.

On April 10 and 11 in the year 2000, unarmed peaceful student demonstrators were gunned down, leaving more than a dozen dead and several others injured. It was the same Police Intervention Unit that carried out such brutal killings in day light. Nothing came out of it. Later, those who killed the young students had their positions elevated to higher ranks with total immunity granted for such serious punishable crime to humanity.

We are not sure what will happen to perpetrators of this recent Faraba Banta police brutality. It is time to say never again.

Crimes of these nature are imaginations watched on screen and never expected close to home as happened during this most recent encounter at Faraba Banta.

Call to duty of care is extended to Adama Barrow President of the republic as chief custodian, laws, institutions and policies that government their effective judicious operations. When right and responsible persons are committed to duty of care, everyone will enjoy what is best deserved. Best practice police work entails crime prevention that Gambia also needs in no lesser way.

Everyone yearns for best maintained peaceful Gambia where justice guides the actions of all, especially those entrusted with public duty.

Corporate social responsibility is a required condition for all businesses, to be included during policy formulation and those who fall short of standard best practice must be sanctioned.