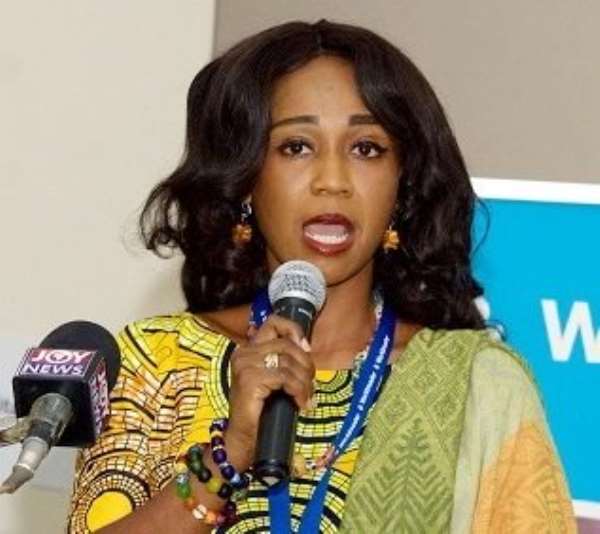 A Deputy Minister of Education says the government has committed a lot of resources towards the expansion of infrastructure, equipping technical workshops and science and computer laboratories at senior high schools.

She said this is to facilitate quality teaching and learning of technical and vocational subjects.

She said for the nation to leapfrog her development aspirations, it would require the application of scientific and innovative tools at the various levels of development.

This, she said, could be achieved through adherence to sound and purposeful teaching of science and technology, coupled with mastery of advanced vocational and technical skills.

Madam Asher Ayisi said producing science, technical and a vocational graduate is important as they could be entrusted to use their acquired knowledge and skills in various employment avenues and make headway in life.

The Deputy Minister, who is also the Member of Parliament for Cape Coast North, said in view of the government's long-term goals, it had placed premium in science, technical and vocational education at all levels of the education system.

'National Development through Science, Technology, Technical and Vocational Education' was the theme chosen by the School for the occasion.

It brought together teachers, parents, present and past students as well as eminent personalities and key stakeholders in the education sector who made various donations towards the construction of a sickbay for the School.

Madam Asher Ayisi made a personal donation of GHC 5,000 towards the construction of the facility adding that government was ready to implement meaningful policies and programme to support science, technical and vocational training.

Mr Seth Danso Appau, the Director of Technical Examination Unit, Ghana Education Service, who was the guest speaker for the occasion, said education is a tool for sustainable national development.

He said the country's education system has undergone a lot of reforms over the years, with worrying concerns about too much emphasis on academic subjects, while little attention on science, technical and vocational education.

Mr Danso Appau said many developed nations have made improvements in their socio-economic development by emphasising training on science, technical and vocational training as well as information communication technology.

Therefore it is prudent for the nation to highlight on the study of TVET so that more men and women would be produced to facilitate the country's economic transformation agenda, he said.

In this regard, he said, government has undertaken drastic reforms in the study of TVET through re-aligning technical and vocational institutions under one umbrella for effective monitoring and supervision.

Additionally, government is undertaking infrastructure development, uniform curriculum, assessment, certification and progression of graduates in both formal and informal sectors.

Mr Danso Appau said the government's digitisation agenda, planting for food and jobs, as well as 'Ghana beyond aid' were in tandem with the teaching of science, technical and ICT, which would lead to socio-economic development and provision of decent jobs for the teeming unemployed youth.

Lt. Col. Osman Sham-UN Zuneidu, the Headmaster of the School, in his address, enumerated some challenges facing the institution, including inadequate staff accommodation, lack of technical workshops and science laboratories as well as non-availability of sickbay, uncompleted dinning and assembly hall and fence wall.

Currently the School has a student population of 1,538 comprising 906 males and 632 females with 77 teaching and 56 non-teaching staff.

On academic performance, the head headmaster said, the School recorded moderate progression in the performance at the West African Senior Secondary Certificate Examinations from 72 per cent in 2016 to 85.1 per cent in 2017.

On attendance of staff, he said, the introduction of biometric clocking in and out of staff had enhanced monitoring and supervision although there was more room for improvement.

Meanwhile, an unveiling ceremony was held to outdoor a new name for the School.

According to the school authorities, there have been occasions where candidates of the Basic Education Certificate Examinations (BECE) selected under the Computerised School Selection and Placement System (CSSPS) were placed in the School, instead of the one in Kumasi.

Additionally, there have been mixed-up of official correspondences for the School and vice versa, hence the decision to rename it.

Students that exhibited good character and excelled academically during the last academic year were rewarded with prizes, while some teaching and non-teaching employees were also recognised for their meritorious service.