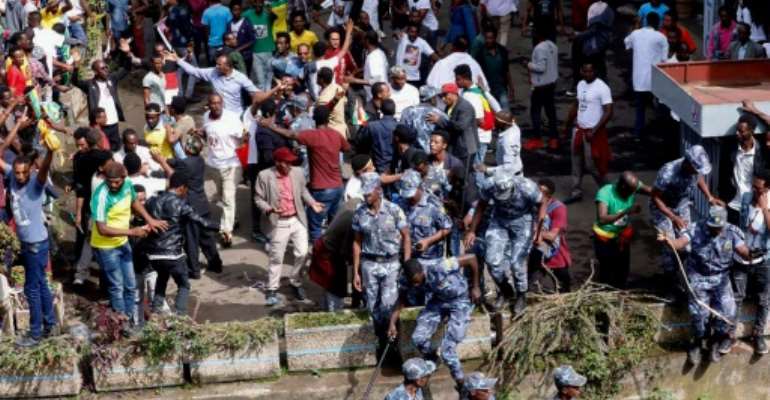 One person died and scores of others were hurt after a grenade blast at new Ethiopian Prime Minister Abiy Ahmed's first mass rally in the capital that sent crowds fleeing in panic.

Abiy had just wrapped up his speech before tens of thousands of people in the heart of Addis Ababa when the explosion went off, sending droves of supporters towards the stage as the prime minister left hurriedly, an AFP correspondent said.

In an address broadcast afterwards on state television, Abiy said the incident was orchestrated by groups who wanted to undermine the rally, but he did not name them. 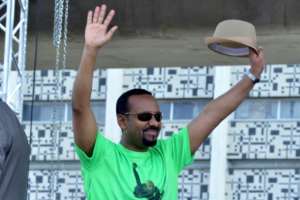 Health Minister Amir Aman said on Twitter that 154 people were injured and another had died, without giving further details.

"Some whose heart is filled with hate attempted a grenade attack," the prime minister's chief of staff Fitsum Arega wrote on Twitter, vowing that the perpetrators will be brought to justice.

Event organiser Seyoum Teshome told AFP he watched from the stage as a scuffle broke out when someone tried to hurl a grenade towards the platform just as Abiy had sat down.

"Four or more police, they jumped on him and during that scuffle the grenade went off," Seyoum said. 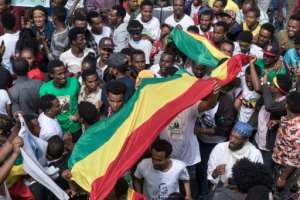 Political rallies of Saturday's scale are rare in Ethiopia, where the ruling EPRDF controls all seats in parliament and opposition parties complain of harassment. By Yonas TADESSE (AFP)

Thousands of people in Meskel Square rushed the stage as Abiy made a hasty getaway.

"Most of them were injured but not due to the grenade, but rather it was the stampede, it was just running away from that spot," Seyoum said.

More than 100 people stormed the stage, hurling various objects at police, shouting: "Down, down Woyane," and "Woyane thief", using a pejorative term for the ruling party, an AFP correspondent said.

The rally was Abiy's first public speech in the capital since he took office in April, although he has made several in provincial areas.

In the past three months, Abiy has made major changes including shaking up the security services, releasing jailed dissidents, moving to liberalise the economy and to resolve a two-decade conflict with arch-enemy Eritrea.

The rally had started on a positive note with Abiy giving a speech calling for unity and patriotism on a sunny morning.

"Ethiopia will be on top again, and the foundations will be love, unity and inclusivity," he declared, dressed in a green T-shirt and a hat.

Abiy succeeded Hailemariam Desalegn, who resigned in February amid a wave of anti-government protests led by the country's two largest ethnicities that started in late 2015 and left hundreds of people dead. 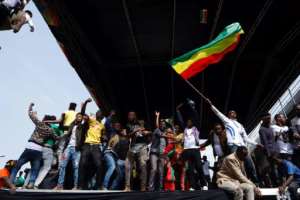 Political rallies of Saturday's scale are rare in Ethiopia, where the EPRDF controls all seats in parliament and opposition parties complain of harassment.

At the rally, people wore T-shirts proclaiming support for Abiy but also openly displayed the flags of banned groups such as the Oromo Liberation Front, an act that would usually result in arrest.

After Abiy left, the crowd removed the Ethiopian flag from the stage and hoisted an older version popular with EPRDF opponents, while chanting, "This is the flag we want."

Abiy's reforms have spurred some anti-government groups to seek rapprochement.

Following the release of top official Andargachew Tsige in May, anti-government group Ginbot 7 announced on Friday it would cease armed attacks in the country, citing Abiy's reform agenda.

Saturday's incident was condemned by Ethiopia's allies including the United States and Djibouti and -- in a surprise move -- Eritrea.

"Eritrea strongly condemns the attempt to incite violence in today's Addis Ababa demonstration for peace, (the) first of its kind in history of Ethiopia," its ambassador to Japan Estifano Afeworki tweeted.