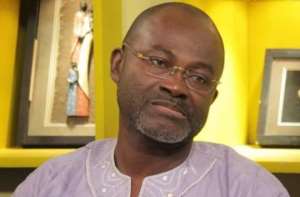 Mr. Kennedy Ohene Agyapong, Member of Parliament (MP) for Assin Central, has apologised for the tasteless and offensive comments he made about the Majority Leader.

He told journalists that he respected their leader, Mr Osei Kyei-Mensah-Bonsu.

This comes as the MP for Asawase and Minority Chief Whip, Alhaji Muntaka Mubarak, pushes to get Mr. Agyapong brought before the Privileges Committee for allegedly describing the House as useless.

Mr. Agyapong denied having said what he was being accused of saying and expressed readiness to appear before that the Committee.

He would be there because he respected Parliament but was quick to add that, he was yet to receive any formal invitation.

He was, however, unforgiving of the Minority Chief Whip for describing him (Agyapong) as a 'dump'.

He lashed out at him for not taking the trouble to apprise himself of the full facts.