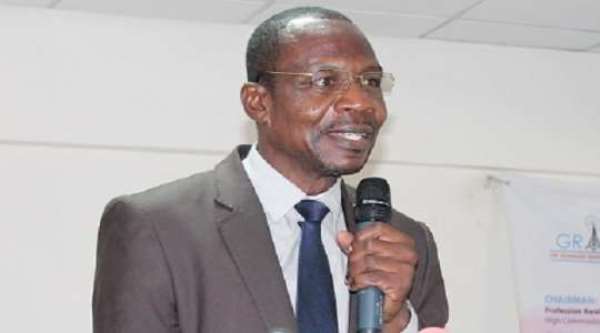 The Ghana Journalists Association (GJA) has learnt with deep concern the cold attitude of Her Worship Efua Sackey, a Magistrate at the District Court 8 in Accra, towards journalists.

A release signed by Affail Monney, President of the GJA, and copied to the Ghana News Agency, said on several occasions, 'Her Majesty' was reported to have subjected journalists to all sorts of restrictions in her court, adding that her attitude had the tendency to undermine the country's fledgling democracy and development.

The latest of such cold attitude, the release said, was unleashed on Tuesday, July 19, 2018, when she ordered the Court Warrant Officer (CWO) to seize the mobile phones of journalists covering the case of Republic verses Dominic Obeng Andoh in her court.

'The reason for her action, we understand, was to prevent journalists from recording proceedings in court. The electronic gadgets were released to their owners after almost one hour,' said the release.

It said the GJA found the action of Her Worship very strange, 'one that deviates from the norm of asking all visitors in court, not only journalists, to put their mobile phones either off or on silence'.

The release observed that in an ICT based society 'such as ours', it was possible for anybody in court to record proceedings against the rules of court, and even leak same in both traditional and social media.

It continued, 'our concern is also reinforced by the fact that Her Worship has not given evidence for her action,' the release said, adding that if she had any, 'it would be good for her to make it known so that a solution could be found to the problem, instead of imposing restrictions on journalists'.

The Judicial Press Corps, the release said, is one of the finest groups of journalists in the country.

It said the Judicial Service had organised many training programmes for its members to enhance their knowledge on court proceedings and related issues, 'so members of the judicial press corps very much appreciate the rules of engagement in court'.

The release said the GJA had maintained very cordial relations with the Judicial Service over the years, which had helped to advance democracy and national growth.

The criminal justice system, spearheaded by the Judiciary, seeks to punish wrongdoing, reform convicts and deter citizens from committing crime, all of which enhance democracy and development, it said, adding that the media enforced those cardinal objectives by reporting court proceedings, which enabled the citizenry to know that there was punishment for wrongdoing.

It is for such compelling reasons noted above that the attitude of Her Worship Efua Sackey must be discouraged, the release said.

'We, therefore, urge the Chief Justice to call her to order in order not to undermine the cordial relations between the Judicial Service and the media,' it said.