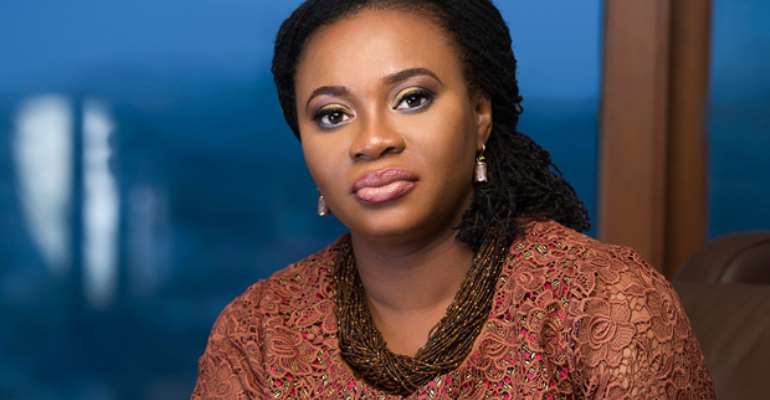 The committee set up by Chief Justice Sophia A.B. Akuffo to investigate Electoral Commission (EC) Chairperson, Charlotte Osei and her two deputies for abuse of office and conflict of interest, is reportedly reviewing addresses filed by the petitioners and respondents.

The in-camera proceedings reportedly ended on Thursday, May 19 when the petitioners and respondents in the matter officially closed their cases.

Both the petitioners and the three EC chiefs, namely Charlotte Osei, Amadu Sulley in-charge of Operations and Georgina Opoku Amankwah in-charge of Corporate Services, were given up to June 8 to file their addresses for which they complied.

Series of Allegations
DAILY GUIDE's sources claimed the petitioners filed their addresses and reiterated their allegations of illegal payments, breaches of procurement law and gross misconduct which triggered impeachment proceedings that could lead to the removal of the EC chairperson.

They insist that the EC boss must be shown the exit.

They reportedly maintained that serious breaches of law and misconduct partly due to incompetence on the part of the EC boss were real and proceeded to provide evidence to back the allegations.

The petitioners further reinforced their claims that the EC boss unilaterally appointed a private law firm for the commission without recourse to the commission or the Public Procurement Act and allegedly authorized the payment of huge sums of money to the law firm although the said firm had no formal and approved contract with the commission.

It turned out that the petitioners' testimony was corroborated by senior officers and some members of the commission in the course of the proceedings.

DAILY GUIDE learnt that the respondent confirmed making the payments to the law firm, but said she did not think it was unlawful because the payments were not opposed or queried by other members of the Commission.

Procurement Breaches
The petitioners also reportedly pushed the case of $108,510 paid to a private company called Dream Oval Ltd based on the approval from the EC boss, even though the commission was said to have no contract with the said company.

It was believed to be in clear breach of the Procurement Act and the Financial Administration Act.

Petitioners were said to have further pushed a case in which the EC boss allegedly awarded a contract to the tune of $22,340,814 to Super Tech Ltd (STL) without the recourse to the commission or the PPA.

New EC Office
The petitioners from the onset insisted that Charlotte Osei unilaterally took the decision to move the EC headquarters to a new office complex by claiming the decision was from the Presidency.

The EC boss reportedly commissioned companies to partition the new office complex but the petitioners allegedly provided evidence to show that the contracts of two of the entities exceeded the figures approved by the Public Procurement Authority to the tune of GH¢565,976.08 and GHS 209,443.75 respectively.

Petitioners also claim the chairperson of the EC awarded various contracts for the construction of Prefabricated District Offices without recourse to the Commission and in excess of the threshold approved by the Procurement Authority contrary to law.

The EC boss reportedly provided some responses and highlighted the sole sourcing rule, among others, in answer to the petitioners' claims, but with others she reportedly failed to offer an explanation.