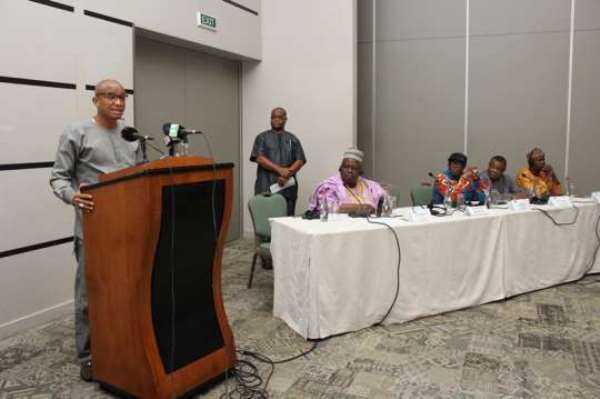 Dr Mustapha Abdul Hamid, Minister of Information, has hailed the sacrifices of African journalists in deepening democracy and promoting good governance on the continent.

He said the media in Africa was facing a serious challenge, especially in countries with autocratic system of governments, adding that journalists who operated under such regimes deserved commendation.

Dr Hamid gave the commendation on Wednesday at the opening of the African Communication Regulation Authorities Network (ACRAN) Steering Committee Meeting in Accra.

The ACRAN was established at the latter part of the 20th century during the surge of democratisation across Africa.

With democratisation came the setting up of firm and equitable rules to guide the liberalisation of the media, which should afford opportunities to all citizens to become agents for democracy, economic development and social justice in Africa.

The Accra meeting, which is being hosted by the National Media Commission (NMC), is to prepare the grounds for ACRAN's next biennial conference slated for December, in YaoundÃ©, Cameroun.

The Minister pledged Ghana Government's support for the work that ACRAN was doing across Africa.

'The reason is that freedom of the media is an important cornerstone of democratic development anywhere in the world, especially so in Africa,' he stated.

He noted that not until recently Africa had a history of dictatorship, autocracy and military regimes, which had mostly been intolerant of free speech and freedom of expression.

'And so for us, the new development across the face of Africa; even though in my view, we are not there yet, I believe that we have made significant strides in Africa towards ensuring a vibrant media,' he said.

He said regulatory bodies on the media landscape were even more important because governments everywhere; whether they were democratic or autocratic were very uncomfortable with intrusive media.

'With people looking over their shoulders and asking questions and putting people to account, not many governments across the world love that kind of intrusive media.'

He said there was the need for regulatory bodies like the NMC to serve as the buffer between the freedoms of the people and the tendencies of governments to be autocratic or to be subversive of free speech.

He appealed to all African governments to support the activities of regulatory bodies in the respective countries.

He explained that all of those things the media brings to the attention of the government for resolution were very important for the governance processes.

He said Ghana had 350 active radio stations, 45 newspapers and 15 television stations; with only the Ghana News Agency, Ghana Television, Graphic Communications Group Limited, the New Times Corporation and and Unique FM belong to the state.

He recalled that an attempt be the NMC in Ghana to regulate media content was shoot down by the Supreme Court.

He said he did not believe in the absolute freedom of the media; declaring that in the same way there was the tendencies for governments to be autocratic, there was also the tendency for the media to be subversive.

Nana Kwasi Gyan Apenteng, the President of ACRAN and Chairman of the NMC, proposed that the ACRAN further consolidates its cooperation and working relations with the UNESCO in order to create more awareness of the important role of the independent media regulator in enhancing the citizens access and enjoyment of the freedom of expression and free, responsible and independent media.

Mr Peter Essoka, Vice President of ACRAN and President of the National Communication Council of Cameroun, said adequate preparations were under way towards the hosting of the next biennial ACRAN conference in December in YaoundÃ©.

Mr Adam Boni Tessi, the General Secretary of ACRAN, gave an overview of the activities of the organisation.

Mahama promises to regulate ‘Goro Boys’ at DVLA
2 minutes ago

Any attempt by uniformed vigilantes to foment trouble here w...
21 minutes ago