Happiness Made In Africa 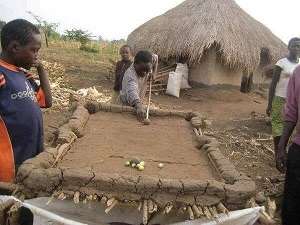 It may be likely that many doubt if at all there is happiness in Africa because, among all the continents, Africa has suffered all kinds of internal and external atrocities, including slavery, colonial aggression, wars, ethnic conflicts and medical crimes.

As a matter of fact, there is happiness in Africa probably more than any continent on the earth. Why would I make such an assumption when I haven’t carried out any research?

The reason is simple and logical. Among all the seven continents in the world, Africa is regarded as the poorest, but has the lowest suicide rate, compared to Europe and America. The challenges Africans face right from birth to adulthood, can be compared to the training amateur soldiers have in the developed world.

Some rural students could walk over a mile to school. Some pupils carry their tables and chairs to school and bring them back home after classes. With such a hard daily life routine, Africans grow to be one of the toughest creatures able to withstand pressures and problems.

To pursue their happiness, there are many ways African youths and children seek that happiness, to avoid depression and boredom. Some craft football with local materials, make musical instruments out of wood and plastic materials, while others invent many incredible things which never appear in the newspapers.

As technology takes its impact on development, Africa is also gradually influenced by technology, including remote and rural areas. Communication is now flexible due to mobile phones. Wells are giving way to projects of pipe-borne water and digital or online marketing is improving.

The development of Africa is generally slow, but we have confidence that gradually we shall also reach the top of the mountain that many have already reached.