Nyantakyi Exposing Himself In Response To #Number 12 – Lawyer 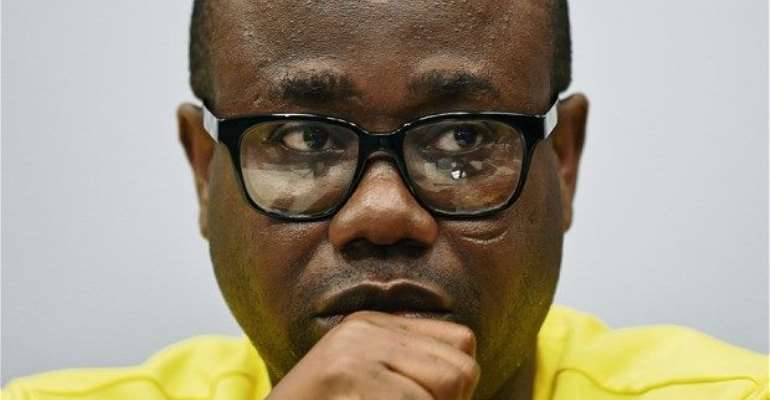 A private legal practitioner has called a bluff of a statement from the former president of the Ghana Football Association (GFA), Kwesi Nyantakyi, accusing Anas Aremeyaw Anas of scamming him.

The embattled football administrator released an eight (8) page documents explaining to Ghanaians to discredit the investigative piece, number 12, which captured him allegedly taking $65,000 from supposed investors.

Reacting to the footage, Mr Nyantakyi said denied the claim and said the amount was given to him as a reimbursement for trips he paid for to Dubai to meet people who had approached him as investors.

He said Mr Nyantakyi is rather giving himself away through the statement, adding that the statement is a tactic to court public sympathy.

“The statement is weak and exposes his weakness… You know he did not travel as a private person, his rejoinder says he was to get a sponsorship deal for the GFA and we all know that if someone travels on official assignments the company takes care of his expenses,” he explained.

“This is an after thought. As a lawyer and a person who has access to good lawyers, he would not have resigned on the basis that somebody has tagged him corruption…He resigned on his own volition.

He has confirmed taking the money but did he render account to the GFA when he returned from the trip?” the lawyer quizzed.

To him, the response from the camp of Mr Nyntakyi can cause him more harm than he envisages.