Virtues Of Tolerance And Inclusiveness Critical To Development 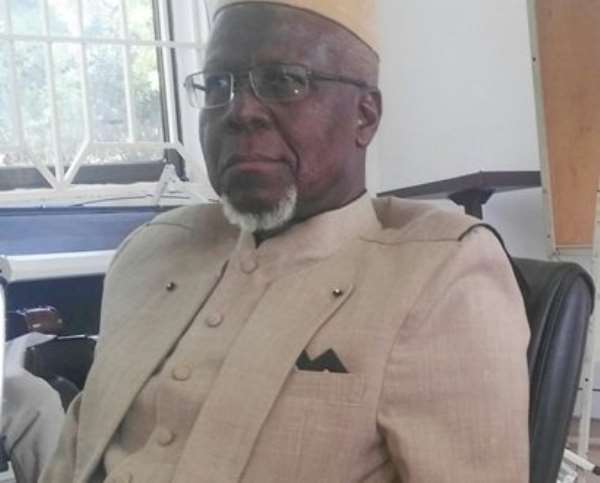 Bolgatanga, June 16, GNA - Mr Rockson Ayine Bukari, the Upper East Regional Minister on Friday called on all Muslims to imbibe in themselves the spirit of tolerance and inclusiveness to accelerate the region's development agenda.

'In a plural society where some people mistaken the principles of Islam and resort to extremism, Ramadan reminds us of the need for true believers to rather cultivate the virtues of tolerance and inclusion. For the period reduces us all to levels that minimise the natural instinct to show power and physical strength but rather resort to prayer and good will.' The Regional Minister advised.

Mr Bukari, who said these when he joined thousands of Muslims in the region to commemorate the end of Ramadan and celebrate Eid-Fitr in Bolgatanga stated 'now that we have used the period to purify ourselves and draw closer to God, it is important that we sustain these gains in our lives throughout the year and this is the only way our identity as Muslims can stand the test of time and we will be able to reap the benefits of the month.'

Eid-Fitr, as the fourth pillar of the five pillars in Islam, marks the end of the 30-day long period of fasting and prayers (Ramadan) among the Muslims Community around the globe annually and in the region the prayers were held at different places including the Centre for National Culture, Ahmaddiya Mission Mosque among others.

The Regional Minister, who commended the efforts of the Muslim community towards the development of the nation, reiterated government's commitment to improving the quality of Islamic education through the study of Arabic and solving the infrastructure deficits in the Zongo communities.

He said, 'the government has recruited 3,000 Arabic teachers to beef up the staff strength of the Arabic schools in the country and through the Ministry of Inner Cities and Zongo Development, Muslim youths would be given vocational skills training, provide educational infrastructure and scholarships.'

The Regional Minister, who announced that part of the Zongo Development Fund would be channelled to the promotion of tourism to preserve the historical, cultural and natural heritage of the Zongo Communities, admonished them to embrace the numerous interventions being implemented by government to help transform the economy.

Sheik Adam Issifu, the Regional Chief Imam, who prayed for the President of Ghana and his appointees, for God's continuous blessings upon them, admonished him to be dedicated and selfless in serving the people entrusted into his care.

The Regional Chief Imam advised his people, particularly the youth to be moderate in their celebration.

Meanwhile, Mr Mauhi Mohammed Quaye, the Regional Imam of the Ahmaddiya Missionary at a different prayer session in Bolgatanga, impressed on Muslims to forgive each other and be generous towards one another, especially the needy in society.

Mr Quaye urged them to make paradigm shift from giving alms during only Ramadan seasons to all times in endeavours.

In terms of security, the Ghana News Agency (GNA) observed that the security agencies particularly, the Ghana Police Service, were stationed at vantage points including the roads and the various prayer grounds visited to ensure law and order.