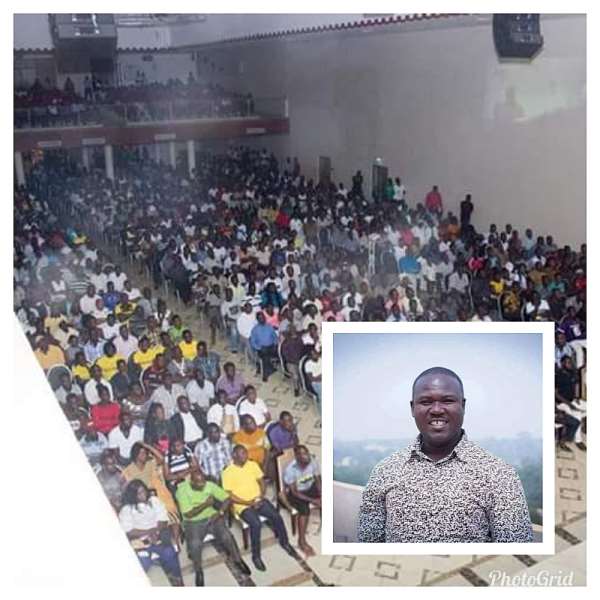 The Anas’ investigative piece which has already premiered in Accra and Kumasi also took place in Sunyani on Thursday through the instrumentality of Mr Ransford Antwi, The Chief Executive Officer (CEO) of Suncity Multimedia, a Sunyani-based FM Radio Station.

"We are really happy for the show and we thank the organiser Mr. Ransford Antwi who brought this show in Sunyani,Brong Ahafo region capital.He has really done well for Putting a smile on people’s faces here,because it was a surprised to us "they told Space 87.7FM, Sunyani.

They also thanked Anas Aremeyaw Anas and his team(Tiger Eye PI) for the good job done to tell the true story about the state of affairs in football administration in the country.

The documentary, officially titled, ‘When Greed and Corruption Become the Norm’ is known popularly as ‘Number 12’ and it takes a sweeping look at cases of match-fixing and its effects on honest and hardworking footballers, compromised match officials.

The Sunyani Municipality and its environs witnessed the ‘Number 12’, the video on corruption allegations in the Ghana Football Association (GFA) by Anas Aremeyaw Anas, the ace Ghanaian investigative Journalist.

Over 1000 people who watched the documentary at Eusbette International Conference Centre were shocked for the contents and actions of the former Ghana FA boss Kwesi Nyantakyi.

There were two sets of screens on Thursday,the first screen started 7pm which attracted over 900 patrons while the second show started around 9pm had 400 indicating a high patronage.

The Anas’ investigative documentary which has already premiered in Accra and Kumasi comes to Sunyani through the instrumentality of Mr Ransford Antwi, The Chief Executive Officer (CEO) of Suncity Multimedia, a Sunyani-based FM Radio Station in collaboration with the Management of the Eusbett Hotel Limited and affiliate radio station such as Space 87.7FM.