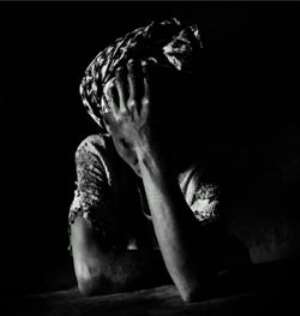 Bomsumpra, whose plea was not taken, is to reappear on September 20. Assistant Superintendent of Police (ASP), Mr. George Abavelim told the court that Bosumpra, who lived in Accra was a friend to the victim's father who lived at Kumasi.

Prosecution said the victim's father had asked her to see Bosumpra any time she was in need.

On September 8, this year, at about 1930 hours the victim went to Boumpra's house and Bosumpra offered the victims some drinks and went to take his bath.

Soon after, Bosumpra's joined the victim in the sitting room and began to fondle her.

Although the victim registered her displeasure, Bosumpra dragged her into his bedroom, stripped her naked and forcibly had sex with her. Prosecution said after the act, the victim dressed up and went home traumatised.

The victim further lodged a complaint with the police who gave her medical form to seek medical attention.

Latest Photo Reports
Catch up with all the political quotes from our politicians.
Advertise here
More Health
ModernGhana Links
COVID-19: GHS advises against opening of land borders in 2022 1st quarter
Denmark supports Ghana with 2.1 million covid-19 vaccines
Ghana not recorded community transmission of Omicron variant yet – Dr. Kuma-Aboagye
Covid-19: Vaccines should work against Omicron variant — WHO
Dome Kwabenya Constituency gets NHIS Office
Everybody is vulnerable to HIV infection — HIV Ambassador warns
Chamber of Pharmacy rolls out 5 year strategic plan
COVID-19: Travelers who test positive will still go through isolation – Dr. Nsiah-Asare
Covid: It will be excellent to vaccinate 80% of the population before Christmas — GMA
TOP STORIES