Ghanaians in Italy applaud move to enfranchise them 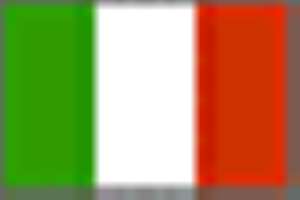 - Appeal for Diaspora Ministry Rome, Italy -- Ghanaians resident in Italy have suggested that parliament and government consider the idea of having a minister in charge of Ghanaians living in the Diasporas so that they can be represented in parliament and be active participants in governance. They lauded the efforts made by government to enfranchise them so as to enable them vote during elections adding that parliament should do all in their power to make sure that the bill is passed as soon as possible.

The concern was expressed when the parliamentary select committee on constitutional, legal and parliamentary affairs held a forum in Rome, to educate and collate views of Ghanaians on the representation of the people amendment bill.

A spokesman of the Ghanaians, Mr. Tagoe, in his contribution said it is a naïve idea for some politicians to think that the bill if passed is going to suit the NPP because most Ghanaians living abroad are Akans.

He stated that when the bill is finally passed, the supervision of the elections should be done by the electoral commissions of the country to enable the process have some credibility and fairness.

Mr. Tagoe proposed that since Italian employees do not take their work for granted, the embassy should make prior arrangements so that on the day of voting they can have a one day holiday.

Ghana's Ambassador to Italy, Dr. Kofi Dsane Selby, in a welcome address said the exercise embarked on by the committee is a very important national assignment which should have been done long ago.

He added that in embarking on the exercise, the country would be making history because if it is not done, posterity will judge them by this constitutional provision.

Dr. Selby said the Ghana embassy in Italy will support and ensure that the representation of the people amendment act is fully operationalised in Italy when the bill is passed.

The Chairman of the committee, Hon.Kwame Osei Prempeh, in presenting the bill said the work that the committee had embarked on ought to have been done in 1993 but all attempts to do that failed.

He continued that the bill is being amended because it runs counter to Section 7 (4) of the PNDC Law 284 which introduces residency clause because whilst the constitution gives every Ghanaian the right to vote, Section 8 which grants exemptions from Section 7 also gives in to a limited number of Ghanaians noting that and any law which runs counter to constitution should fall hence the amendments.

He explained that they as a committee is collating the views of the people to enable parliament set up the legal framework afterwards it would be the work the electoral commission to set out the modalities.

The vice Chairman of the committee, Mr. Kojo Armah, said the bill is very complicated and the most sensitive that the committee is dealing with as such, consensus must be built by Ghanaians.

He said as a committee, they are removing the constraints to the bill as such the bill is not being rushed as perceived by others because at the end of the day, the law should be able to deepen democracy.

The vice chairman of the committee on judiciary and MP for Zebilla, Mr. John Ndebugre, said the constitution mandated the first president to look at the constitution and make the necessary amendments but it was not done.

He said the issue should not be politicized in order not to loose focus but people should concentrate on the bill and how best it can be implemented.