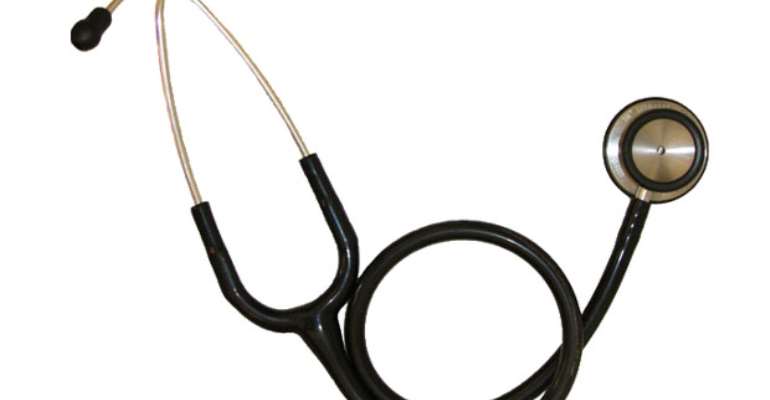 After refusing to even come from his car to examine the septuagenarian lying very ill in a car, the doctor finally alighted when he was told that the man had become unconscious. All he told the son of the deceased after checking his pulse was that his dad was dead. That was how a newspaper captured the last moments of a septuagenarian in Accra, a couple of days ago. How simple and uncaring. The deceased's wife after the ordeal of being turned away by seven hospitals reacted thus 'This is how cruel and heartless some doctors and nurses are' she said tears rolling down her cheeks and we couldn't agree more.

That this happened in a 2018 Ghana is painful and makes us wonder when we would come off our bad ways as a people. This could not have happened in our Gold Coast when supervision was effective. It has happened here and instructively, this is not the first time we are recording such a despicable occurrence. It has happened countless times but below the media radar and so unreported.

We are lost for words in describing the ordeal the deceased endured before dying. His family should, with good reason, not be proud of being Ghanaians if simple examination of a patient before even turning him away for lack of beds will not be performed by arrogant doctors. A country whose healthcare delivery system is afflicted with a 'no bed syndrome' and doctors full of hubris should not be one worthy of being proud of.

It is heartwarming though that the Ghana Health Service has waded into the unprofessional conduct of the doctors who could have, at least, offered a first aid of sorts before gently announcing the absence of beds in the facilities. Are we now being told by our doctors that it is only when beds are available that they would attend to patients?

A situation where a security man at the gate announces the sickening 'no bed' situation even before the taxi conveying the sick to the facility should cease; 'for God's sake.'

During his fantastic delivery at the 60th anniversary celebration of the Ghana Medical Association (GMA) recently, Dr. Kwame Addo-Kufuor, who once headed the highly respected organization made a number of observations which were well received by all Ghanaians who heard him.

He, for instance, bemoaned the intimidating posture of some doctors; something he said should be reversed so that patients can feel free to interact with their medical officers.

The most relevant to the situation on the ground now is when he said some doctors think they are doing their patients a favour by attending to them.

The renowned doctor, whose footprints are still visible in places he headed in his public service days, suggested that medical officers wear name tags, a suggestion he implemented in the Armed Forces when he served as Defence Minister with astounding effects among troops.

Were doctors to be so tagged as Dr. Addo-Kufuor suggested, the bad ones who looked on as the septuagenarian died would have been easily identified, shamed and even had their operating authorizations withdrawn.

The medical profession is a calling and so those who do not belong should simply leave with their arrogant attitude which can only kill patients and not cure them of their ailments.

The matter under review, in our estimation, calls for sanctions after thorough interrogation of the issue by GMA. It is one too many in this country.

Even in the chaos and frenzy of war, there is some order as in the provision of healthcare for prisoners of war under the Nuremberg Convention.

A few days ago, a midwife reportedly slapped a woman in labour at the Suhum Government Hospital. Need we not cry foul about the poor attitude of some of our healthcare delivery personnel?