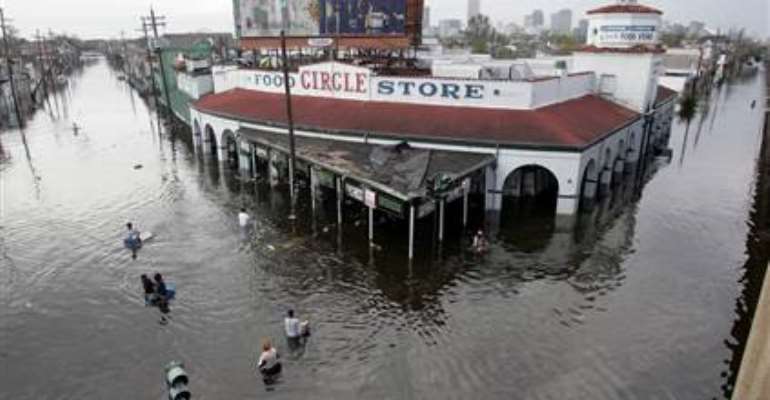 Accra (dpa) - The West African state of Ghana is giving its “widow's mite'' to the United States following the Hurricane Katrina disaster - a gift of cocoa drinks and chocolate. Ghana, the poor West African country that is the world's second largest producer of cocoa, said it was donating 100,000 dollars of cocoa drinks and chocolates to the Katrina victims. “By this modest donation, Ghana registers her solidarity with the people of the U.S. as they struggle to deal with the tragedy,'' the Ghana News Agency (GNA) on Tuesday quoted a statement from the foreign ministry in Accra as saying. President John Agyekum Kufuor, who has met President George W. Bush a few times, said in a statement earlier that he had noted with deep shock the devastation of catastrophic proportions that had affected the lives, property and infrastructure in the stricken areas. The term “widow's mite'' comes from a New Testament reference to a comment by Jesus that a poor widow who donates only “two mites'' - or coins - has given a small offering that is large in the eyes of God.
The outpouring of aid for the U.S. disaster victims has included commitments of 5,000 to 100,000 dollars from such struggling countries as Afghanistan, Armenia, Bahamas, Cyprus, Djibouti, Georgia, Hungary, the Maldives, Mongolia, Nepal and Sri Lanka.
All told more than 1 billion dollars has been forthcoming from abroad to the world's wealthiest country, which has staggered under the shock of finding homes and food for an estimated 1 million people displaced by the storm and subsequent flood waters, particularly in New Orleans.