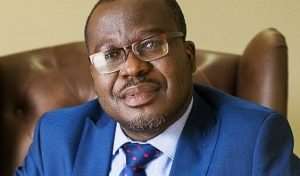 A group calling itself Concerned New Patriotic Party (NPP) Youth in the Northern Region, has questioned the dismissal of the Managing Director of Bulk Oil Storage and Transport Company (BOST), Mr Alfred Obeng Boateng, saying he did nothing wrong.

The NPP group said the Committee constituted to investigate allegations of wrongdoing against Mr Obeng Boateng found no evidence against him, therefore, his dismissal was unwarranted.

The convener of the group, Mohammed Abubakar, who addressed a press conference in Tamale, said “It is our strongest contention that the recent unwarranted dismissal of Mr Obeng Boateng is ostensibly to undermine the authority and office of the Vice President.”

He said: “We are constantly reminded by our political adversaries of how the late former Vice President, Alhaji Aliu Mahama was effectively sidelined in the last Kufuor Administration because he was a Northerner. We don't want that kind of fate to befall Dr Bawumia as this will severely affect the electoral fortunes of our party.”

He added that “as members and communicators of our great party, we are having a hard time defending this decision and the interpretation people are undesirably giving to it.”

Mr Abubakar, therefore, appealed to President Nana Akufo-Addo “to reinstate Mr Obeng Boateng to restore confidence to the vast majority of our Party members in this Region and across the country who are profoundly inspired by our able brother, Dr Bawumia”.

Mr Obeng Boateng, since assuming office last year, had been in the news for various alleged wrongdoings in the sale of contaminated fuel amongst other allegations where committees constituted to probe such allegations exonerated him.

However, some civil society organizations believed Mr Obeng Boateng could not be exonerated of the allegations.