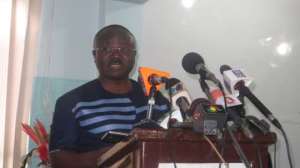 In view of this, all suppliers, contractors and consultants interested in government tenders must as a matter of law, register with valid documents as per supplier qualification requirements of Section 22 of Act 663 as amended.

The registration could be done on the newly developed Centralised Supplier Registration Portal available on www.ppaghana.org at an initial registration fee of GH¢300 and $200 for local and foreign firms respectively, using any of the electronic payment systems.

Speaking at the launch of the portal in Accra, Mr Agyenim Boateng Adjei, Chief Executive Officer, PPA, said: 'We wish to assure the Public that these documentations will be taken through rigorous vetting process for verification and validation to establish their credibility to engage in Government of Ghana tenders and execute contracts.'

He said the process would bring about a number of benefits, such as procuring entities having the necessary assurances that these service providers enlisted on the PPA database were credible and worthy of transacting business with government, especially when they would have to rely on this database for the selection of service providers for Single Source, Restricted Tendering and Request for Quotations procurement methods or even other procurement procedures such as Framework Agreements.

Others are, suppliers being also relieved of the burden of multiple registrations at various procuring entities, which eventually increases their cost of doing business.

Pursuant to Section 3(p) of the Public Procurement Act, 2003 (Act 663) as amended, the PPA is required to maintain a comprehensive Supplier's Database.

This would provide a comprehensive database of suppliers, contractors and consultants doing business with the Government to inform policy formulation.

In this regard, all suppliers, contractors and consultants interested in government tenders must register on this portal with valid documentations as per supplier qualification requirements in Section 22 of Act 633 as amended.

Mr Adjei said Companies would be issued with certificates after successful registration and that companies which do not register with the PPA's Centralised Database would not be considered eligible in Ghana's Public Procurement Process.

The idea behind the Central Supplier Database is to centralise supplier's data to simplify Government's procurement processes.

Mr Adjei noted that the supplier registration process would serve as a strategic initiative to prepare the nation for the soon to be rolled of Electronic Government Procurement System.

He lauded the National Investment Bank (NIB), for believing in the Public Procurement Database Registration initiative and for offering to develop the portal at no cost to the Authority.

'It is our hope that all well-meaning Ghanaians will support this initiative and ensure its effective implementation in the country. Remember, 'No Registration, No Government Contract,' he stated.

Mr Adjei said the PPA had zonal offices in Kumasi and Takoradi; and that, plans were underway to open new ones by the close of the year in Tamale to cater for the three northern regions and in Ho to cater for the Volta and Eastern Regions.

Professor Douglas Boateng, PPA Board Chairman, who officially launched the portal, said it would offer companies a lot of opportunities to do business with government.

He said it would also help the government to know better, those with whom it was conducting business with.

Mr Alfred George Kojo Thompson, Deputy Managing Director, NIB, said the development of the portal by the Bank at no cost to the Authority was part of its corporate social responsibility.

He said the NIB was selected among five other Banks through competitive bidding to execute the project; adding that, if they were to cost the project, its value would be over one million dollars.

He noted that the Bank had done similar projects for the Electricity Company of Ghana (ECG) and the Ghana Water Company.

He said plans were also in the pipeline for the construction of such projects for the Accra Metropolitan Assembly (AMA) and the Tema Development Corporation (TDC).

EC is insisting on compiling new register because it has los...
28 minutes ago