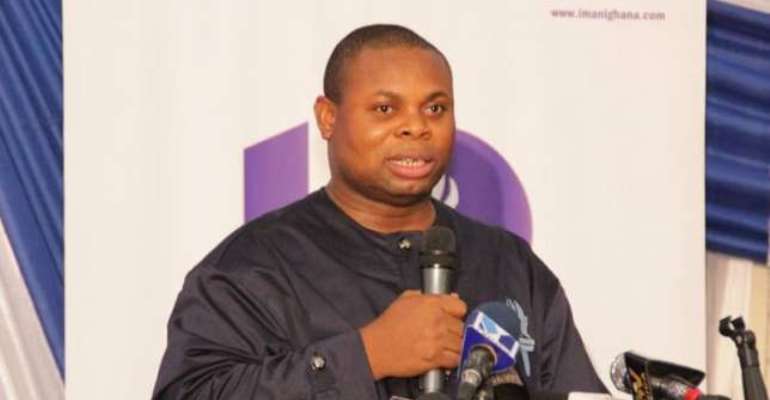 Five Critical Matters of State. Man Dies in Car due to lack of hospital beds

1. Mr. Obiri Yeboah lost the dad last week because all major hospitals in the capital, Accra, could not find a bed for the ailing dad. Ghana, a population of nearly 30 million has only 15,000 hospital beds available. What is worse ONLY 54 ambulances are available for all Ghanaians. And yet $178m that could buy One million, seven hundred and eighty hospital beds is being given freely to a phantom project by your Communication Ministry.

2. “Two citizens have sued the government over the traffic monitoring, revenue assurance and mobile money monitoring Common Platform. The two, Sara Asafu-Adjaye and Maximus Amertogoh, are seeking an order restraining the government from implementing the Common Platform. he key relief is “an order of interlocutory injunction restraining the respondents, whether, by themselves, their servants, workmen, hirelings, agents, privies or any persons claiming under or through them, whosoever described from implementing and operationalising the Common Platform until the final determination of this suit.” Joined to the suit are the Ghana Chamber of Telecommunications, the Ghana Revenue Authority, the National Communications Authority, along with three telecom communications companies.”

NB: The telcos detect and parry off 25,000 fraudulent EACH DAY. These calls are being made by fraudsters because it is lucrative to call Ghana from outside. The issue of fraudulent calls is a PRICING ISSUE, NOT MACHINE MONITORING AT INFLATED COSTS.

IMANI has been studying the port systems, specifically the paperless port process, and would like to understand the implications of adopting UNI-PASS on the turnaround times and the costs.

b. The 2018 World Bank Doing Business index indicates that Ghana ranked 158 out of 190 countries in the trading across borders indicator, a four-point drop from 2017 rankings. How does the UNI-PASS system enhance trade facilitation in terms of the Cargo Dwell Times?

c. How much percentage wise, are revenues likely to increase from the existing situation with the new system? Will this be large enough to offset the potential lost revenue from government shareholding in GCNet?

d. The GCNet contract ends in 2023 while the West Blue contract expires in 2020. This means that there are still about 5 and 2 more years, respectively, for them to operate the single window system.

e. Is the government going to abrogate these contracts and at what cost?

f. If government does not intend to abrogate these contracts, how will all three companies operate on the single window platform? What is the implication for trade facilitation?

g. What will the transition look like and what consequences will it have for trade facilitation and revenue mobilisation?

h. What motivated MoTI’s decision to procure a new system instead of strengthening existing systems?

We have written to the appropriate authorities for answers to the above and many more questions.

5. NEIP and later NABCO The National Entrepreneurship and Innovation Plan (NEIP) is a flagship policy initiative of the government of Ghana with the primary objective of providing an integrated national support for start-ups and small businesses- Website.

a. In the 2018 budget statement, the Finance Minister reported thus; ‘’The Ministry launched its flagship programme, National Entrepreneurship and Innovation Plan (NEIP) and the National Business Plan Competition. In addition, the Ministry procured Private Sector Implementation Partner for NEIP.’’

b. Building an Entrepreneurial Nation 787. ‘’Mr. Speaker, Government engaged a Private Sector Implementation Partner (PSIP) to manage the USD10million National Entrepreneurship and Innovation Programme (NEIP) and to raise additional funding from the private sector. This programme was launched by H.E. the President on 25th August, 2017. The Ministry for Special Development Initiatives advertised and received 5,500 applications from young Ghanaian entrepreneurs. These applications are being vetted and successful entrepreneurs will receive business advisory services.’’

c. The following were the bidders for selection of the PSIP.

d. We have been reliably informed that African SME Oragnaistaion won the bid to be the PSIP to NEIP and Ministry of Business Development.

e. We understand that African SME Oragnaistaion begun work but was later sidelined by the Ministry of Business Development for unexplained business reasons.

f. Which agency or company has the Ministry of Business Development been working with since it disowned African SME Oragnaistaion?

g. What are the productive plans of NEIP beyond announcing the processing of 7,000 start-up applications? Are there really 7,000 applications?

We shall return with further questions and a review of NABCO, the Nation Builders Corp.

IMANI commiserates with the leadership of NEIP, the Ministry of Business Development on the recent loss of the former’s deputy CEO to careless medical care.