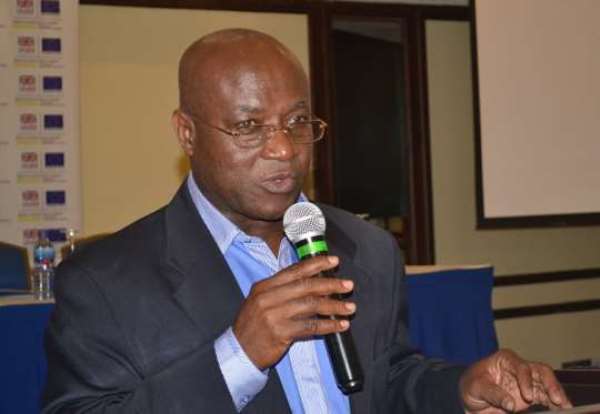 Mr Osei Kyei Mensah-Bonsu, Minister for Parliamentary Affairs and Majority Leader of Parliament has commended the 66 Artillery Regiment (Volta Barracks) for investing in aquaculture under government's 'Fish Farming for Food and Jobs' initiative.

He described the venture as worthwhile to support the country's declining fish stock, create jobs and provide food.

Mr Mensah-Bonsu said this when he visited the Barracks and toured the Regiment's fish farm, which is enjoying support from the Youth Employment Agency (YEA).

He said illegal methods of fishing and pollution of water bodies were raising concerns over the wholesomeness of fishes and urge the Regiment to maintain best practices for easy market.

He said a 300 capacity resource centre with ancillary facilities were under construction, and appealed to stakeholders for its early completion.

Captain Frimpong said several acres of land had also been cleared for crop farming for local consumption and export, which would be irrigated by water from the sedimentation tanks.

He said ultimately 525 ponds would be constructed and that the facility would help make the region the fish farming hub of the country.

Captain Frimpong said the project included hospitality facilities towards the development of the place into a tourist attraction.

The initiative begun with two ponds in 2012, and attracted the collaboration of the YEA in 2016, whose efforts led to the expansion of the project.