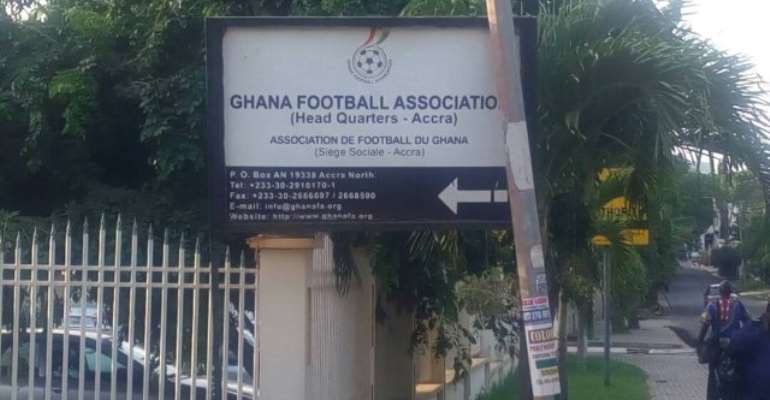 The Ghana Football Association's headquarters in Ridge, Accra, has been declared a crime scene by the Ghana Police Service following rampant bribery allegations captured in an investigative video.

"As a result the premises and offices of the GFA have been sealed off and remain inaccessible to staff of GFA and the public until further notice,"the statement said.

The headquarters of the Ghana FA was built with a $500,000 grant from the FIFA Goal Project established by former FIFA President Sepp Blatter, who also lost his position through a corruption scandal.

The government has said it is taking steps to dissolve the association while FIFA has banned the FA President Kwesi Nyantakyi who is under investigation for defrauding by false pretence after he was seen in the video using his access to the president to collect money.

He has resigned and apologised to the President in what has been 72 hours of fall-outs since the public screening of the documentary last Wednesday.

Joy Sports can confirm that on Friday, few officers of the FA were seen at the premises but were later restrained from entering by Police personnel who had been deployed there.

The police has also encouraged persons with information to contact the Financial Forensics unit of the Criminal Investigations Department (CID) to aid the investigation.