US military says no civilians killed in Somali raid 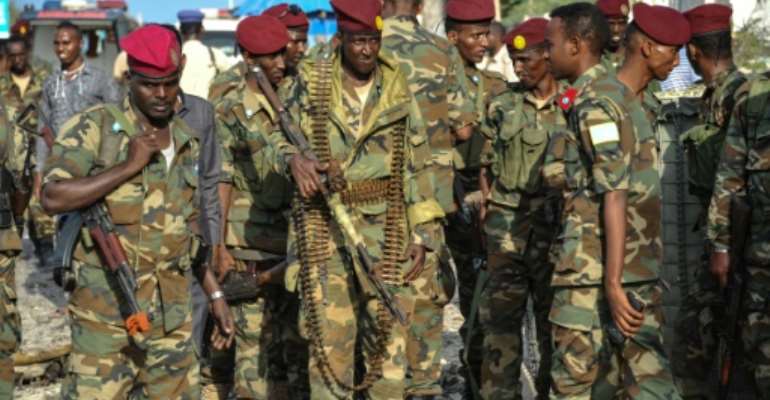 Somali soldiers gather at the site of a car bomb explosion which killed at least four people outside of the Somali Parliament in Modadishu on March 25, 2018. By Mohamed ABDIWAHAB (AFP)

The US military's Africa Command on Friday dismissed allegations that a Somali-led raid conducted with US assistance had resulted in the deaths of civilians.

US forces, in an advise-and-assist capacity, partnered with Somali forces in a raid targeting Islamic Al-Qaeda militants aligned with the Shabaab group on May 9.

AFRICOM said it had conducted a thorough review of the case.

We "determined the allegations of civilian casualties to be not credible," officials said in a statement.

"As with any allegation of civilian casualties, US Africa Command reviewed all available relevant information concerning the incident."

Give EC Benefit Of Doubt On 24-hour Results Promise – CDD-Gh...
27 minutes ago