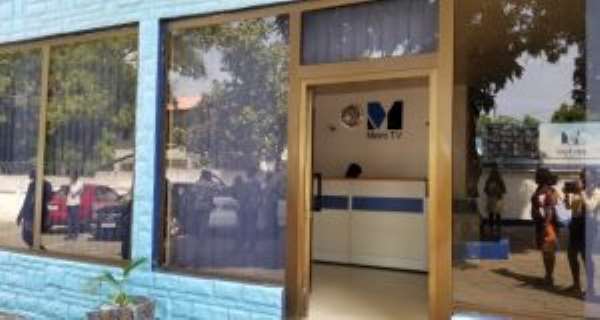 Metro TV has resumed operations barely twenty-four hours after being closed down for owing some taxes.

The Ghana Revenue Authority, on Wednesday, June 6, 2018, locked up the offices of the station due to its 2.3 million indebtedness to the Authority.

Citi Business News however understands that the company has since made some payments leading to the opening and resumption of operations.

The Assistant Commissioner in charge of Communications and Public Affairs of the GRA, Bobbie Ansah however said a reconciliation will be done to determine how much more the company has to settle.

“After we locked up the place following the distress action, the management of Metro TV went to our offices and made some payments….They also claim that we have some reconciliation to do with the GRA because according to them, they have made some earlier payment which has not been credited to them,” he said.

Mr. Ansah added, “But the place is currently opened and business operations for them continues. On Thursday, we will make all the necessary reconciliations so that they can pay the rest of what they owe.”

The distress order is one of the activities used by the GRA to compel tax defaulters to comply with their tax obligations.

The exercise comes at a time where the GRA is granting tax amnesty to taxpayers who have long standing debts to clear.

Such persons have till the end of August this year to complete the payment of all arrears failure to do so is expected to attract severe sanctions.