The AIDS And Ebola Speech By Scientist Johan Van Dongen 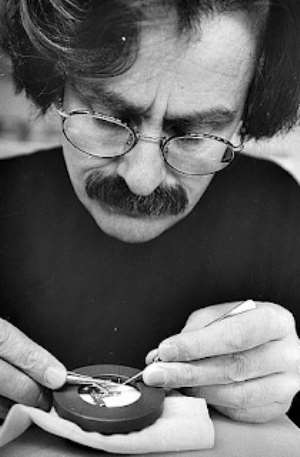 I have been reading all the articles my co-writer Joel Savage has been posting on ModernGhana news site, even though many read without comments there are others I see that lack knowledge or try to say something bad things against the writer to protect America. As a scientist I wish to join Joel Savage to expose the US government, hence, this is my first article.

Good day! It's an honor to present this speech to people worldwide conscious about their well-being and health, including Africans, African-Americans, and Africans in the Diaspora.

I would like to speak about the Aids and Ebola medical crimes, used as bio-weapons by the US government against a particular race (Africans or black people) with the intention to depopulate the continent, fortunately, or unfortunately, the disease has engulfed the whole world.

Europeans bring African-leaders to the International Court of Justice in The Hague, Holland, claiming that have committed a grave crime against humanity in Africa, so they deserve punishment. They brought in Charles Taylor of Liberia and also HisséneHabré of Chad. Both of them are behind bars.

They want us to applaud and recognize them as people who love Africans but the same people secretly inflicted Aids and Ebola on innocent Africans to depopulate the continent but enjoying impunity. Stinking hypocrites white-collar criminals.

It's sad to note that many people till now due to lack of reading or education, think Aids and Ebola are cursed from God. If God has to curse countries which have violated human rights and committed horrible crimes against humanity, then Europe and America will never escape that curse by God.

Because all the woes of Africa were caused by them. It's not in any history that Africa sold Americans or Europeans into slavery. It's not in history that during the Apartheid era South Africans separated themselves from whites and forced the whites to form a separate queue at the post offices.

Blackeye, black as a devil, black night (disaster), to mention but a few, were words brought into the dictionary by the white man as derogatory against the black man. Unfortunately, they have been inspired to commit serious crimes against Africa through slavery, Apartheid, brutalities of colonialism and finally medical crimes, such as Aids, Lassa fever, and Ebola.

Africa for decades is being used as a dumping ground for all unwanted stuff, including radioactive waste from Western Europe or the United States of America. Besides that, Africans are being used as Guinea pigs to test drugs manufactured in Europe and America.

Evidence has also emerged that African-Americans went through the same problems and at one time deliberately infected with Syphilis. Americans also used handicapped children for medical experiments. Bill Clinton has apologized. This doesn't need an apology because it's a crime. Those responsible should serve a prison sentence.

If Africans think because Obama is an African he will tell Africans that Aids and Ebola are medical crimes against Africa, then it's a big mistake. As a president of America, whether black or white, acting on the oath he swore, Obama needs to defend and protect America.

The viruses of Aids and Ebola had long being created by the Germans, during the Second World War before America. Belgium is the first country in the world to inflict the Ebola virus on Congolese, resulting in the death of hundreds of people living close to River Ebola in Congo, hence giving the name of the deadly virus Ebola.

"The Ebola pandemic in Sierra Leone, Liberia and Guinea was the handiwork of the US government. In late February, in Guinea, while UN agencies were conducting nationwide vaccine campaigns for three other diseases in rural districts Ebola occurred," writes Japanese medical writer, Yoichi Shimatsu. Another American medical writer, Susanne Posel, has also proved that the US government embarked on a bio-weapons project for global depopulation.

To America, it's necessary for the viruses of Aids and Ebola to be created for military defense purposes and they tested them on Africans to see how effective they were. After that, they claimed there is no cure for Aids. If there is a cure for Ebola why there isn't any cure for Aids? This is a question every intelligent person on earth, including Africans, need to ask.

Because the viruses were created to depopulate Third World Countries (not Europeans and Americans) they want us to believe and understand that because Africa is poor they had those diseases including Aids and Ebola but that is pure lies.

Fellow Africans, I wonder why any of you haven't asked this question a long time ago: Why despite that many scientists and medical writers have written articles and books revealing that Aids and Ebola are medical crimes, yet African leaders haven't asked European and American leaders any question?

Also, I wonder why despite hundreds of journalists and scientists in Africa, only one European scientist, Johan Van Dongen and one African journalist, Joel Savage, fighting for the entire African nation? Is it not a disgrace? Doesn't it portray African leaders as morons than intelligent people? These are some of the reasons that African leaders are the least respected among world leaders.