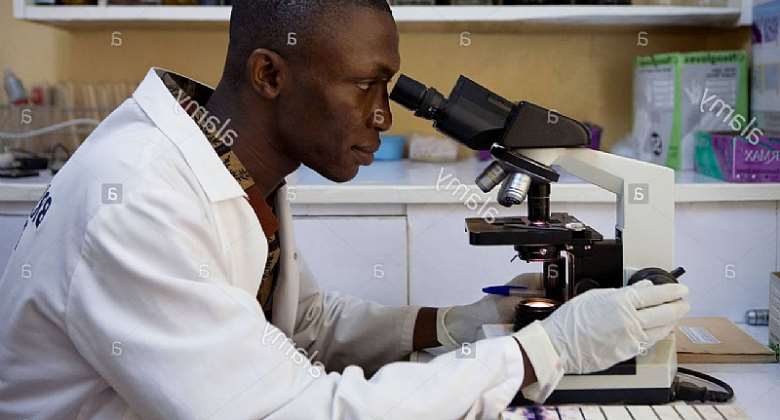 Laboratory technicians across the country on Monday began a full sit-down action over government's inability to address their conditions of service concerns.

The Association of Medical Laboratory Scientists, the mother association of lab technicians, said they can no longer wait for government to correct salary discrepancies detected in 2012 after the introduction of a new equitable public pay policy.

The decision which was arrived at the annual congress in the Eastern Region in 2017 passed a resolution to take steps leading to a strike.

The association concluded in the said meeting that diplomacy has failed and that a “more radical approach” is necessary to shock government out of its “nonchalant posture”.

Their PRO, Dennis Adu-Gyasi, who spoke with DAILY GUIDE, explained that the lab technicians dropped a clearer hint on May Day when they marched wearing red bands.

The next step, he indicated, is to withdraw out-patient department services and then later emergency services.

“We are going to get to that point,” he said and revealed May 21 as the day for a total withdrawal of services.

Justifying the cause of the strike, Mr Adu-Gyamfi highlighted that they have been discriminated against for far too long.

“Laboratory technicians with diplomas were supposed to be ranked same or similar to diploma-holding nurses. But they have been worse off since public service workers were migrated to the of single spine salary structure,” he said.

He described it as a “great discrepancy”. The association has been at the National Labour Commission along with government to resolve the irregularities since 2012.

The lab scientists were dragged to court by the National Labour Commission in 2016 after it went on strike over the same issue, saying the strike action was not legal.

Although that issue was negotiated then to get them to go back to work temporarily, Mr Adu-Gyasi lamented “up to date no resolution has been made.”

If corrected, the lab technicians could be paid arrears dating back to 2012.