Ken Ofori-Atta Is African Finance Minister Of The Year 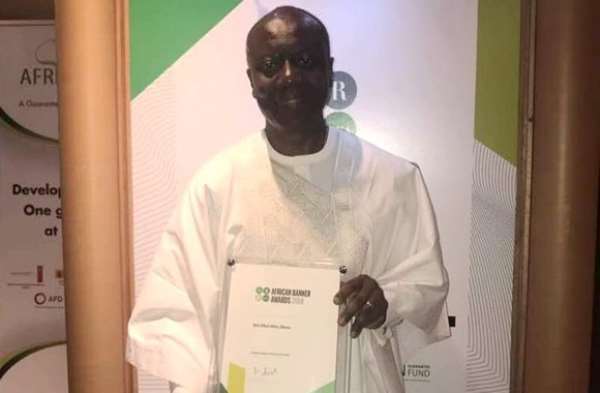 Recognised as Africa’s most results-oriented Finance Minister, Ken Ofori-Atta’s prudent economic management has boosted confidence and optimism in Ghana’s economy - hauling it out of a deeply pessimistic economic outlook from a little over a year ago.

Investor confidence in Ghana has been bolstered with the country’s strong showing in its recent bond issuance, which raised US$ 2.0bn in 10-year and 30-year Eurobonds of $1.0bn each.

The bond was four times over-subscribed, registering over US$8bn in offers received. This is the first time a sub-Saharan country with a ‘B-’ has priced a sovereign bond at such levels.

Speaking to the media earlier this year, Ken Ofori-Atta was enthused about how the New Patriotic Party (NPP) government had improved the economy of Ghana.

“The question that we should ask is how can you inherit a budget deficit of 9.3% of GDP, proceed to reduce taxes, bring down inflation, bring down interest rates, increase economic growth, increase your international reserves, maintain relative exchange rate stability, reduce the debt to GDP ratio and the rate of debt accumulation, pay almost half of arrears inherited, stay current on obligations to statutory funds, restore teacher and nursing training allowances, double the capitation grant, implement free senior high school education and yet still be able to reduce the fiscal deficit from 9.3 per cent to an estimated 5.6 per cent of GDP,” he said.

This year’s Africa Banker Awards marks the event’s 12th edition. It is organised in partnership with the African Development Bank (AfDB) and takes place during the continental bank’s Annual Meetings.