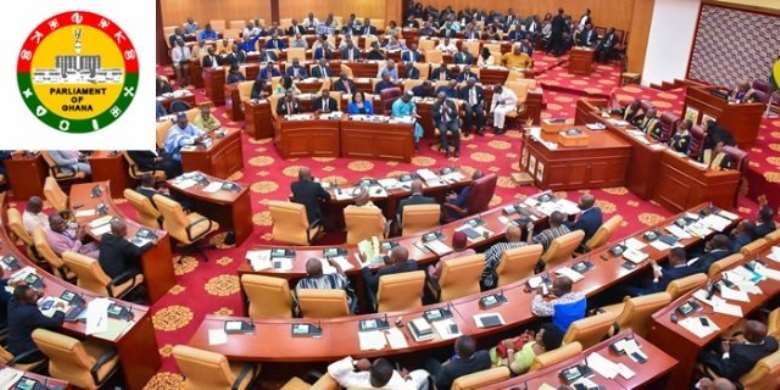 Parliament has taken a tough position against any attempt to legalize same-sex marriage in the country.

The legislators say they will not under any circumstances accommodate the act which is gaining root in some developed countries.

The right and acceptance of Lesbianism, Gayism, Bisexualism and Transgender was topical during the recent Commonwealth meeting with the UK Prime Minister pushing for reforms among members countries to legalize the practice.

There were suggestions that when President Akufo-Addo was at the just ended Commonwealth Heads of State meeting in London, he met with the UK Prime Minister on the issue.

But the Foreign Affairs Minister, Shirley Ayorkor Botchwey denied any such commitment.

The House on Tuesday took a stand with a strong warning to the executive not to bow to external pressure to legalize the practice.

“Mr Speaker, God created Adam and Eve but he did not create Eve and Eve or Adam and Adam So that is where we have to start from.

“God in his own infinite wisdom said he will ensure we will multiply on the earth but not that he would create Eve and Eve to stay like they are. Secondly, in Africa, we have our norms and cultural practices to protect,” Patricia Appiagyei said.

Stating the official position of the Legislature on the issue, the Second Deputy Speaker of Parliament, Alban Bagbin said same-sex marriage is a non-starter in Africa, which believes in procreation.

The Nadowli-Kaleo MP said he is excited with the parliament’s response and “if need be, we may move to a motion one day and resolve to give direction to the country”.

Mr Bagbin stressed that Parliament is grown and “no longer will the small boys and girls of any country” shove its agenda on its throat.