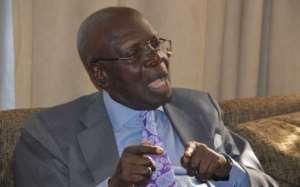 Mr Ishmael Yamson, the Chairman of Board of Directors of the Benso Oil Palm Plantation (BOPP) has implored on the government to pass the Oil Palm Development Authority Bill into law.

This, he believed would create the necessary institutional framework for the development of the oil palm industry in Ghana.

Mr Yamson made the call at the annual general meeting of the company at Takoradi.

Mr Yamson said in addition to employment, which the company offered to about 1,700 workers, it spent GH¢ 20.61Million on fruits bought from smallholders and out-grower farmers in the catchment area, thereby contributing to the socio-economic empowerment and reduction of poverty within those communities.

He said the company's status as a Roundtable on Sustainable Palm Oil (RSPO) certified company remained intact during the year after successfully undergoing the third annual surveillance audit.

He said BOPP continued to demonstrate its unflinching commitment to its Corporate Social Responsibility (CSR) by paying the fees of 23 students from four neighbouring communities currently on the company's scholarship scheme.

This brings the beneficiaries of the scholarship scheme to 84 since the inception of the scheme in 2007.

A student from the company's school was a recipient of the prestigious President's Special Award this year.

On health, the company's medical facilities received and treated 10,067 outpatients from the neighbouring communities representing 61 per cent of total attendance of 16,570 in 2017, earning it a certificate of recognition from the Private Sector Malaria Prevention of the Johns Hopkins University Centre for Communication Programmes.

Mr Yamson indicated that a total of GH¢ 20,000 was spent on CSR projects and interventions during the year under review.