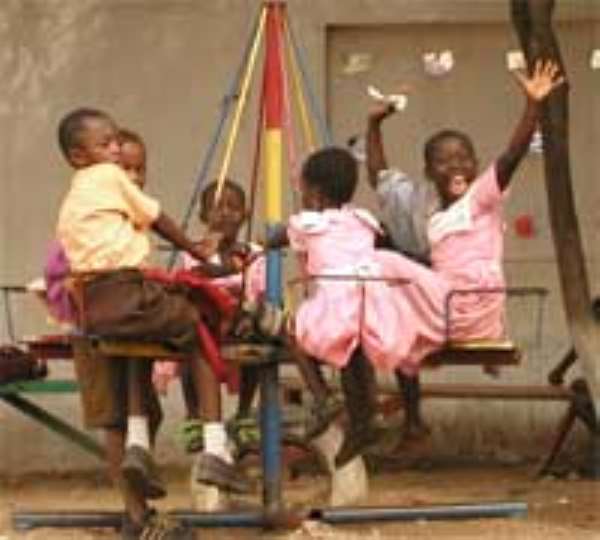 The meeting attended by nutrition experts and stakeholders from the Western and Greater Accra Regions and organised in collaboration with the Nutrition Unit of the Ghana Health Service (GHS) and Academy for Educational Development was aimed to increase commitment to nutrition interventions in the health sector.

Ms Nyamikeh said the deficiency had contributed to high school drop out rates and the under utilisation of school facilities, she therefore, stressed the need for intensive efforts to solve the problem.

She noted that iodine deficiency, stunted growth, low birth weight and iron deficiency had been identified as the four main nutrition problems affecting the people especially women and infant children. Ms Nyamikeh said iodine deficiency in addition, accounted for three per cent cretins and 10 per cent severely mentally impaired in children and described the situation as very critical if Ghana was to attain the goals of the Millennium Development Goals (MDG) by 2015.

She explained that from now to 2014, Ghana would produce 24,000 cretins, 88,000 severely mentally retarded and 700,000 mildly impaired children if serious attention was not given to address the nutrition problem in the country.

"Ghana will then save 296,000 infants from mental retardation if the poor nutrition status of this country is improved by enforcing the optimal breastfeeding to protect them from infections like acute respiratory tract infections and diarrhoea," she added.

Ms Nyamikeh said sub-optimal feeding caused 1,600 infants deaths every year and in a study conducted in Dangbe West in the Greater Accra Region by GSCP indicated that 54 per cent of the children were not breastfed exclusively and 70 per cent were giving solid food in addition to the breast milk.

For Ahanta West, Bibiani-Anhwiaso-Bekwai and Juabeso-Bia districts in the Western Region, the study showed that 68 per cent of the children were not breastfed exclusively and 91 per cent were also given solid food in addition to the breast milk.

Ms Nyamikeh noted that nationally, 47 per cent of babies in Ghana were also not breastfed exclusively during the first six months of their lives and described the situation as quiet alarming "if we want our children to grow healthy, and meet the MDG by 2015, then, let us work harder since inadequate commitment and little attention had been paid to nutritional problems in the past".

She said the situation could only be better if there was strong political commitment and bold new investment strategy in nutrition adding, "this investment will reap benefits that will far outweigh the cost benefits to agriculture, education, industry and the economic future of the country".