The Deterioration Of The Liberian Health Care System 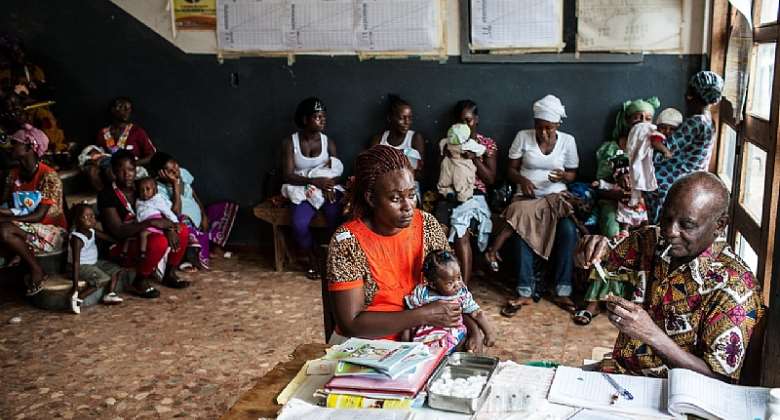 The Liberian health care system has been deteriorated since the fourteen years of civil unrest, and populations in the slums of the country sky rocketed. Many people were left with no alternative of where to obtain water or sanitation, and today people are drinking contaminated water which causes five deaths in the country. Due to the worse situation of health care system, people in the rural areas have been excluded from essential health care services.

Most of the rural populations have little access to modern medical care, and as a result they rely on traditional providers, such as traditional healers and midwives and black baggers or traveling medicine sellers. Our people suffer from high mortality and morbidity, resulting from a combination of poor living conditions and lack of quality health care. According to the World Health Organization (WHO) in 2008, infectious diseases are a major contributor to ill health and lost productivity.

For example, one-third of Liberia’s populations suffer from malaria each year. Most child deaths are also caused by infectious disease ranging from malaria to pneumonia and diarrhea. The result is an under-five mortality rate of 110/1,000 live births- a level 14- fold that of the United States according to World Health Organization in 2010. Maternal mortality- a measure of the safety of pregnancy and childbirth and therefore an indicator of the effectiveness of the health system is among the highest in the world at 994 per 100,000 live birth according to the Liberia Institute of Statistics and Geo- Information Services, Ministry of Health and Social Welfare, National AIDS Control Program, and Macro International Inc. in 2008. Following the outbreak of the deadly Ebola in Liberia from 2014 to 2015, the first cases were reported by late March 2014. Before the outbreak of the Ebola epidemic the country had 50 doctors for its population of 4.5 million. On 2 July the head surgeon of Redemption Hospital died from the disease, and due to his death patients were transferred or referred to other facilities in the area.

Data from demographic and health surveys show the low utilization of basic health care, particularly in rural areas, where only 25.5% of rural women delivered with a health professional and 32.5% of 2- year- olds had all required immunizations. Strengthening the health system is further limited by a low health budget, which at 21 United States dollars per capita is approximately two-thirds of the recommended spending on essential health services. The country’s health sector is highly dependent on donor assistance: approximately 80% of the country’s health spending was financed by foreign donors in 2007 and 2008. The participation of large number of donors in health sector reconstruction can present challenges of coordination, reporting and management of competing priorities for the ministry.

The deterioration of the health care system is due to the lack of basic health facilities, lack of trained health workers, medical infrastructures, very low production of human resources for health as a direct result of the civil war, delay in salaries of available health workers, and lack of medical institutions across the country. The entire country has just a single medical institution which is the AM Doglioti that is unable to hold a huge number of students graduating from various universities such as the University of Liberia, Cuttington University, AME Zion University, United Methodist University and the rest of the others, with bachelor’s degree in medical science courses such as Biology and Chemistry, and want to forward their studies to medical school.

In addition, the quality of health services is poor due to limited number of skilled staff at these facilities and frequent absence of essential drugs and medical products. According to the Liberia Medical and Dental Council, there are currently 298 medical doctors responsible for the country’s 4.5 million population, making the doctor per patient ratio 1:15,000. In Liberia, the field of specialty is limited. The LMDC statistics which were last updated on July 15, 2016, noted that there are currently 207 general practitioners, 18 public health specialists, 15 pediatricians, 12 surgeons, 10 gynecologists, 6 ophthalmologists, 8 internal medicine specialists, 6 dentists, 4 family medicine specialists, and 2 orthopedics.

Furthermore, the country only has 2 radiologists, 1 pathologist, 4 psychiatrists, 1 ear, and throat specialists, 1 veterinary and 1 dermatologist. It is so frustrating that the only pathologist in the country is from Ethiopia.

There are 200 hospitals in Ghana. In 2015, life expectancy at birth was 66.18 years with males at 63.76 years and females at 68.66 years, and infant’s mortality is at 37.37 per 1,000 live births. The total fertility rate is 4.06 children per woman among the 15 million Ghanaian nationals. There were about 15 physicians and 93 nurses per 100,000 persons in 2010. 5.2% of Ghana’s GDP was spent on health in 2010, and all Ghanaian citizens have access to primary health care 97.5% of the Ghana population. Ghana’s universal health care system has been described as the most successful healthcare system on the African continent by the renowned business magnate and tycoon Bill Gates. The ratio of doctors to patient is 1: 10,452 and nurse is 1: 1,251.

The government of Liberia in collaboration with the Ministry of Health and Social Welfare should make sure that the 2nd edition of the National Standard Therapeutic Guidelines and Essential Medicines list for the country be acted upon by adequately addressing health issues facing the country, and should be in line with the country’s Investment Plan for building a Resilient Health System. They should take into account the country’s current disease burden and priorities, and provide standard approach to the management of diseases in the country thus providing rationale medicine use, and improving health. In addition to this, the guidelines should be able to foster procurement of medicines that are effective, safe, of good quality, accessible and affordable for the country and all individuals.

About the author:
Alpha G. Gray is a student of the University of Liberia reading Biology major with emphasis in Medical Science. He is so passionate about his field of study and wants to make the case in his scientific life. He can be contacted via ([email protected]) ([email protected]) Tel: +231776915195

Mozambican President to address Ghana's Parliament May 25
50 minutes ago