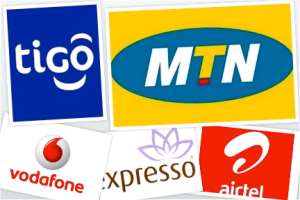 Telecom operators in the country say they see mobile money interoperability as a platform for collaboration to fight cash and not for competition among telcos for market share.

In each of their responses to a questionnaire from Adom News, the telcos said they believe cash, rather than other telcos, is the enemy to financial inclusion, so their orientation is to work together against cash.

Market leader MTN currently has 48% (12 million) share of the 25million registered mobile wallets and 76% (8.6 million) share of the 11.25 million active users. Some media reports have suggested that interoperability creates the platform for other telcos to scoop some of MTN’s market share.

He said MTN believes market share growth comes with hard work not by doing nothing, adding that they see interoperability as more of a platform for collaboration and they are committed to that.

Vodafone also said that interoperability has eliminated that barriers between electronic money platforms and it will “bring the financially excluded to the table.”

They added that, “this is not a discussion about improving market share, it is about providing the customer with the best experience. The enemy here is cash and not other telecom operators.”

In a statement, AirtelTigo CEO, Roshi Motman said “We believe this implementation will play a key role in enhancing the use of mobile financial services and deepen financial inclusion.”

“We look forward to collaborating with all stakeholder, include telco and regulators to ensure the principles of interoperability are achieved,” she added.

Meanwhile, all telcos said they have completed the integration process and are live on the interoperability platform so customers are free to send money to wallets across networks.

They said the service fee has also been made uniform, which is 1.5% of every GHC100 sent. But there is a cap of GHC15 for every GHC1,000 and beyond. So from every GHC1,000 or more transferred the fee remains capped at GHC15.

The Bank of Ghana reported that mobile money transactions is now over GHC52 billion.