The Imperialists’ Errand Boy In Olusegun Obasanjo; The Divorce Of Jonathan And The Sexual Intercourse Of President Buhari (Part 1) 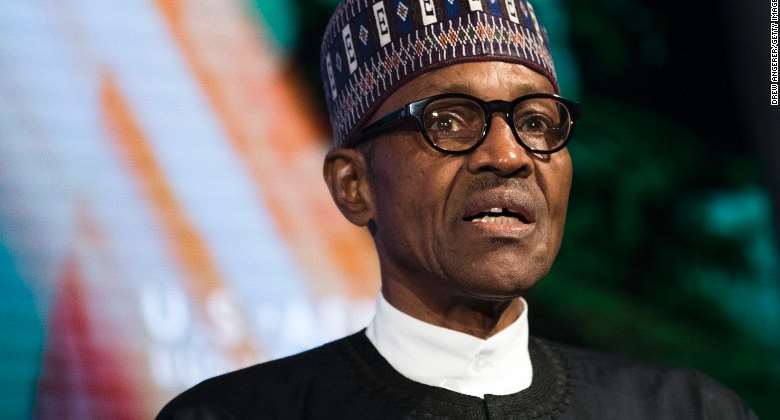 Gentlemen and ladies of the human race, I bring you warm greetings from my abode sited at the green hills of Sub-Saharan Africa. I hope you find this piece interesting and incisive. I humbly crave your indulgence to grab a cup of hot coffee and a comfortable backrest as I will be taking you through the narratives of the ends of reasoning and conscience.

Sometime in 1994, the author of the book – “In Biafra Africa Died” attended a social evening somewhere in Kent, England. He had the opportunity of conversing with some of the colonial masters on what they think about Nigeria and its people. In one of the quotes as cited in the aforementioned piece, a particular colonial master had this to say – “the Hausa are the lazy types who would like to sit down and their wives do everything for them, but they are simple. The Yoruba are the crafty and slippery ones who like to keep silent and watch the Igbo and Hausa kill one another and then come and take over Nigeria. The Igbo are the dynamic and clever ones, but they are very proud”. This quote might not totally reflect what Nigeria is in current times, but it cannot be totally disregarded as well. Perhaps, as at 1994, the colonial masters had apparently not drawn the line between the Fulani and Hausa, hence the exclusion of the Fulani in clear term. If the above quote should be reinvented, and an inclusion of the Fulani description, we probably should have something like this – “the Fulani are schemers who deceived the Hausa and related tribes into believing they are one, but turned back to maim, destroy and subdue them, not holding back the possibility of extending such conquest to other tribes unconnected to them. Yet, he enjoys special romance with the imperialists”.

Should we be reminded of the buildup to the civil genocide of 1967 – 1970, and how the narratives were changed to disfavor the man they label proud? Oh yes!! We should and we must go down memory lane to lend credence to the accepted contested description as expressed above. Every objective Nigerian should know by now that the coup of 1967 was an effort of salvation to prevent the Islamization and subjugation of Western Nigeria, facilitate the release of Obafemi Awolowo and likewise install the released to become the President “then” and “present” Nigeria always wished to have. We all are aware as chronicled by empirical history and typified in the work of legendary Chinua Achebe – “A man of the People”, that the 1967 coup was widely celebrated across the Christian dominated South and Islam dominated North, owing to the fact that tranquility was being restored in Western Nigeria and brazen corruption was expunged all over the country. What then happened?

The divide and rule modus operandi of the British came into play yet again, and this time was aimed at ridiculing the Igbo race who British colonial powers engaged for over 30 years before they were defeated. You can call it a vendetta if you like, because you might not be wrong. Let us not forget that the plotters of the coup had among them the East, West, Mid-West and North. Of course, in those years, the Igbo man happened to be much more educated than the rest because of how they readily accepted Western Education. And so they were in avalanche in most public positions of authority, including the military. Therefore, you don’t expect the kingpins of such a “national conscience effort” to not be led by the bosses. Shortly after the coup, colonial media, as well as colonial technocrats who reside mainly in the North, classified the coup to be an Igbo coup. And as the description of the Yoruba man goes in one of the fore paragraphs, the Yoruba man did nothing to challenge the narrative, most painful was the silence of Obafemi Awolowo who would later become the Minister that justified “starvation” as a weapon of warfare during the genocide.

If we all can remember, Wole Soyinka stands out as that man of virtue who looked at the Igbo as one who was and is undeserving of such pernicious treatments. I remember the words of Soyinka in 2006 when he was talking about the influence of Britain on Gen. Gowon. He said and I quote – “…you have the whole cake in your hand, while settle for half of it…”. This is in addition to the malicious narrative of BBC shortly after the Aburi Accord that should have given Nigeria the restructuring being clamored for currently, which reads – “Gowon has fallen for Ojukwu”. These were the statements that led to the decimation of over 3.5 miliion Igbo in this country of ours.

Gentlemen and ladies of the human race, still on the dreaded arrogance of the Igbo, I hereby put forward the words of President Lyndon Johnson of the United States of America – “there is a Japan in Asia, we can’t stand having another Japan in Africa… A country not up to 2 years that produces its own fuel, weapons, carriers, build its own airport without external help, must be feared. They must be crushed”. Come to think of it, on what ground should we have had “the USA and UK pitch their cooperation with an arch enemy in the State of Russia” to defeat a particular tribe in Africa? What wouldn’t have been the common denominator other than defeating a collective enemy? Sadly, this trend has survived till these times and hunting down our nationhood as the people of Nigeria.

Do not misrepresent my story-flow, as it is only aimed at granting objectivity to the subject under discourse, and help for informed choices in our political scene. Let the narratives continue.

Olusegun Obasanjo is no doubt a respected figure in Nigeria and beyond. Typing his name into Micro Soft Word 2016 shows that his name is legendary, because it would not be underlined as wrong, in as much as the names are typically native of Nigeria. I have deep respect for him and would always do. That being said, we are equally not oblivious of the fact that OBJ as fondly called do have a grandiose image of himself. Probably, he might have thought that Nigerians would have forever hold him as a President for life. We are equally not unaware of the special favors and blessings poured on him by the imperialists right from his military days, but much more pronounced from 1999 till date. Severally, has Obasanjo disrupted the political space of Nigeria, and one cannot help but think that he is too crafty and perhaps intelligent. We all should be aware of the roles of Obasanjo as revealed by Martin Meredith in convincing Gen. IBB not to hand over power to M. K. O. Abiola in 1994, incumbent on the argument that Abiola was already so wealthy and an addition of power would imply doom for lot of the then elites. Apparently, the crafty nature of OBJ was dreaded by the Looter General of the FRN, in the person of Gen. Sani Abacha, who was left with no option than placing the fox in the Kirikiri edifice. One would have thought that OBJ would have gone to abyss by that gesture of Abacha, but surprisingly, we saw his fox nature again in 1999 when the cerebral Alex Ekueme of blessed memories was asked to give way for OBJ to become President. Probably, the 1994 Mandela cast might have been the template that was being sought to achieve in Nigeria per se. Could and would Obasanjo have reveled in the stead of Madiba? I leave you to your thoughts.

For now, let us pause, dine and anticipate the continuation of this…

About the author: Prince Agwu is a teaching staff and researcher at Social Work Department, University of Nigeria, Nsukka. He is a seasoned public speaker and heads the Rhetorics Consult. He is so passionate in committing himself and knowledge to the betterment of Nigeria. He has authored lots of research articles, participated in several conferences and has a good number of persons under his mentorship scheme. Contact him through, [email protected] ; +2347034437569 and www.princerhetorics.com