Okudzeto-Ablakwa, How Many Tons Of Cocoa Do Ewes Produce In The Volta Region? 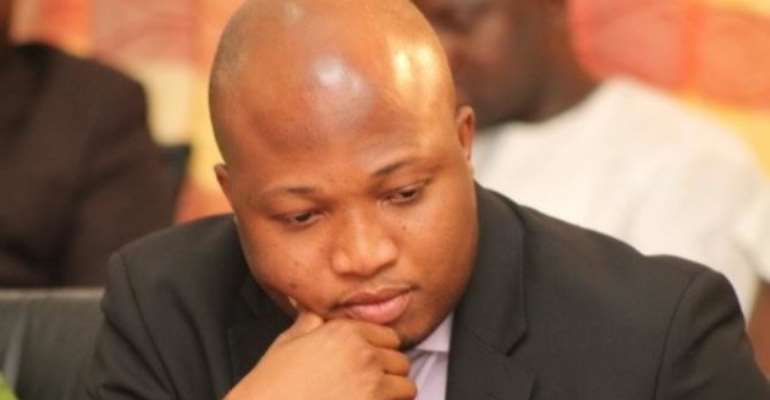 Let me assure the National Democratic Congress’ Member of Parliament for the North-Tongu Constituency, in the Volta Region, that absolutely no revolt will materialize in the country in the likely event of having the country’s flagship academy, the University of Ghana, fittingly renamed after its de facto founder, the globally acclaimed Doyen of Gold Coast and Modern Ghanaian Politics (See “Ablakwa Warns Akufo-Addo About Renaming UG After His Uncle [sic]” Peacefmonline.com / Ghanaweb.com 5/11/18). Indeed, as one astute columnist recently had occasion to wittily observe, Dr. Joseph (Kwame Kyeretwie) Boakye Danquah notched quite a slew of achievements only one of which was the pathbreaking agitation and material push for the establishment of the University of Ghana in September 1948, in bold and inexorable defiance of the British colonial authorities who favored the establishment of only one University College for the erstwhile British West Africa, in Ibadan, Nigeria.

But, perhaps, it would be worthwhile, before we proceed any further, to poignantly inform Mr. Samuel Okudzeto-Ablakwa, the notorious scofflaw and rabid Trokosi Nationalist and anti-Danquah propagandist, that if he sincerely regards himself, other than his sleeve-wearing Ewe ethnic identity, as a bona fide “Ghanaian” citizen, then, of course, it goes without saying that his identity as a Ghanaian is a primary and inalienable achievement of Dr. Danquah, the man who gave the name Ghana to the erstwhile British colony of the Gold Coast at independence in 1957. Mr. Okudzeto-Ablakwa could, therefore, properly speaking, be envisaged as a “Made-By-Danquah” product. But my one and only grave concern about the raging national debate over the renaming of the University of Ghana after the genius personality that most fiercely fought for its establishment some 70 years ago, is the curiously coy manner in which President Addo Dankwa Akufo-Addo, the grandnephew of Dr. Danquah, has approached the matter.

It is this depressingly coy, and almost timid, manner that has obviously emboldened the foolhardy likes of the North-Tongu NDC-MP to rather unwisely suppose that the imperative need to honoring arguably Ghana’s greatest citizen and freedom fighter in the first-half of the 20th Century is casual grist for media debate. The fact of the matter is that even if one accepts the premise that it was the Ghanaian cocoa farmer whose sweat and toil underwrote the foundation and establishment of the University of Ghana, the indisputable fact still remains that the commercial production of cocoa in the country between 1890, the official founding of the country’s cocoa industry, and 1910, when Ghana became the world’s leading and largest producer of cocoa, the cocoa industry was Akan-originated. And so mischievously drawing in the name of the extant Asantehene, Otumfuo, Sir Nana Osei Agyeman-Prempeh, II, into the fray, in hopes of playing Asantes againstAkyems on the Legon-renaming issue, only reinforces the argument on the imperative need to belatedly, albeit fittingly, honor the Asante-Mampong royal-family descended Dr. Danquah.

Mr. Okudzeto-Ablakwa obviously does not know the fact that it was the unrivaled championing of the cause of the wantonly British-exploited Ghanaian cocoa farmer that led to the “knighting” of Dr. Danquah by a conference of cocoa farmers held at Nsawam as “AkuafoKanea,” to wit, “The Lantern of the Ghanaian Farmer” (See L. H. Ofosu-Appiah’s “The Life and Times of Dr. J. B. Danquah”). Mr. Okudzeto-Ablakwa also seems to be too foolishly self-assured in his abject ignorance on the subject at hand to recognize the fact that it was the unifying leadership of Dr. Danquah that culminated in the establishment of the erstwhile Gold Coast Cocoa-Marketing Board in 1947. If the North-Tongu NDC-MP has any doubts, let him reference the Speech and Prize-Giving Day Address presented to the students of the Nkrumah-founded Ghana National College, in Cape Coast, by Mr. Kwesi Armah, the renowned diplomat and President Nkrumah’s onetime High Commissioner to Britain, shortly before Mr. Armah’s death.

For those of our readers who may either have so soon forgotten about this widely publicized event, or were too young to remember, Ambassador Armah emphatically went on record as having said that were it not for the yeomanly and seminal contributions of Dr. J. B. Danquah to the phenomenal development of Ghana’s cocoa industry, President Nkrumah would not have met the well-endowed national treasury whose resources he so laudably used to advance his progressive policies of the rapid development of Ghana’s public educational system and GIHOC, the Ghana Industrial Holdings Corporation. And has Mr. Okudzeto-Ablakwa taken a moment off his rabidly anti-Danquah and anti-Akufo-Addo propaganda campaign to ponder the reason why the British colonial administrators chose to locate the world-famous West African Cocoa Research Institute (WACRI) at Akyem-Tafo, and not in either Mr. Ablakwa’s North-Tongu Constituency, or anywhere else in Ghana, for that matter?