President Nana Addo Called Upon To Participate In UN HLM 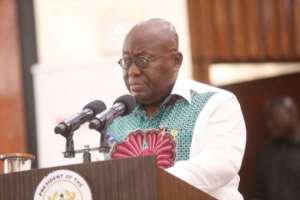 The Ghana NCDs Alliance and other stakeholders in health have appealed to President Nana Addo Dankwa Akufo-Addo to participate in the UN High Level Meeting (UN HLM) on Non-Communicable Diseases (NCDs) in New York.

They said the President's attendance at the meeting, scheduled for September 27, 2018, would demonstrate his commitment in the fight against the NCDs.

The appeal was made in a policy brief document submitted to Ghana News Agency by Mr Labram Musah, the Coordinating Director of the Ghana NCDs Alliance on Tuesday.

It was to give policy makers information and to raise awareness on NCDs burden on countries ahead of the upcoming 3rd UN HLM for the needed urgent action to be taken to prevent or reduce the prevalence of the diseases.

Ghana participated in the UN HLM on NCDs in 2011 and the central theme of the declaration of that meeting included; the adoption of a 'Whole-of-Government and a Whole-of-Society Effort' in tackling national NCD burdens and in 2014 the Ministry of Health participated in the second meeting.

The Sustainable Development Goals (SDGs) 'Goal 3' urges governments to prioritise NCDs and by 2030 reduce by one-third pre-mature mortality from NCDs through prevention and treatment, and to promote mental health and wellbeing.

The document said the NCD's burdens were increasing and affecting every nation and therefore there was the need for a renewed commitment from countries to help fight the diseases to prevent pre-mature deaths.

It said in Ghana, child overweight was cited as a growing problem and followed a global trend of increasing overweight in children as well as adults, especially women.

'As Ghana moves from a low-income to a middle-income country, there is a risk of society moving more toward an obesogenic culture of low levels of physical activity and high consumption of dietary fat, carbohydrates, and sweets.'

The document stated that the NCDs or chronic diseases were not passed from one person to another; they are of long duration and generally in slow progression.

It said according to the 2017 World Health Organisation (WHO) NCD Progress Monitor, deaths from NCDs were 44 per cent.