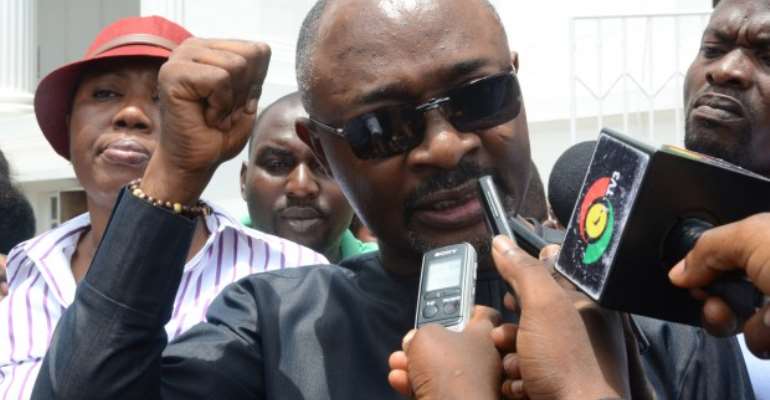 Lawyers for Businessman Mr. Alfred Agbesi Woyome were in court yesterday in a case they have filed against Ghana. The team of Lawyers lead by Counsel Osafo Buabeng were in court in Tanzania to open their case against Ghana in the African Court on Human & People’s Rights (ACHPR).

Alfred Agbesi Woyome has tussled with the Government of Ghana since 2012 for receiving money as judgment debt that he was not entitled to. Since then, the business man has been entangled in court issues with the state which is demanding that he fully refunds the 51.2 million Ghana Cedis He received under the previous Government.

Woyome filed his case to the African Court On Human and People’s Rights alleging that his fundamental human rights have been violated relating to a financial engineering service contract for which has was awarded the judgment debt.

According to lawyers of Woyome, the government of Ghana did not respect the terms of the agreement he had with them and because of that his rights and freedom recognized under the human rights charter have been stepped upon.

Mr. Kwaku Osafo Buabeng, the lead counsel for Woyome argues that his client in the ordinary bench decision will contend that the applicant was not given a fair trial in the matter.

“Under article 12 of the Ghana Constitution, issues bothering on human rights and in this instance a fair trial, impartiality are to be observed not only by the executive or the legislature but also by the Judiciary. The Supreme Court in respect, cannot in our contention decide to have upheld the right of the applicant to a fair trial and was not impartial”, added Counsel Osafo Buabeng.

Government of Ghana on the other hand represented by the Deputy Attorney General Godfred Dame challenged the Jurisdiction of the African Call to Human Rights and Peoples right resorted to by Business man Alfred Agbesi Woyome as he believes the court lacks Jurisdiction over the matter.

Lawyer Godfred Dame stated that “there has not been a single contract, financial engineering, stadium whatsoever in the name of the applicant. The only contract with all respect was a contract entered into by the Government of Ghana and Waterville and that has been tended”.

“My lord, the 51 million Ghana Cedis paid only in consequence of an alleged contract he claims to have with the Government of Ghana. This court with all respect is not a commercial court. It is a human rights court and the court has no power to even order that he should retain that 51 million Ghana cedis”, the Deputy Attorney General emphasized.