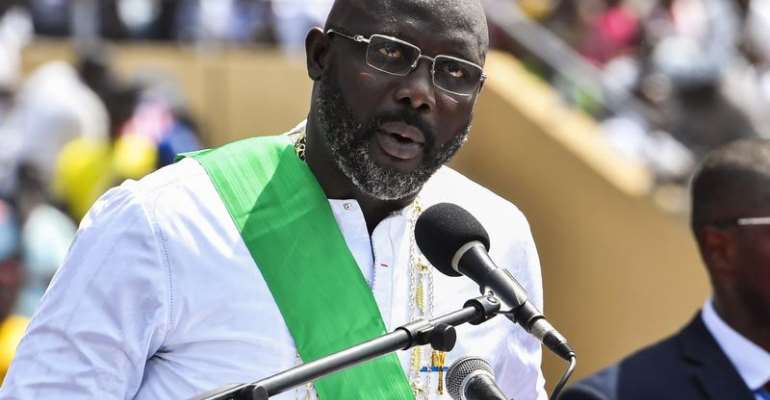 The 2018/2019 draft budget is a self-evident commentary that the ‘pro-poor policy is only in words but not in deeds, which fundamentally shows the deception of the Weah government. He talks poor, but the draft budget acts rich. A clear indication that the government is not determined to break with the cycle of ‘business as usual.’

From a brief look at figures in the draft budget, the Weah regime spends a colossal US$ 488 million on recurrent expenditure, which means close to 87% of the draft budget is expected to be spent on the government, leaving the ordinary people to suffocate in despair. Meanwhile, payroll constitutes approximately 62% of it. A close look at the figure contradicts the Weah government much heralded pronouncement about the reduction of salary, as the draft budget shows US$303.4million sudden jump in compensation, which far exceeds the approximately US$ 280 million used for said purpose under the administration of his predecessor.

Interestingly, the figures in the draft budget sharply contradict everything Weah promised about ensuring the government serves the interest of the mass of the people who are on tenterhook, hoping that their unbearable conditions can be overturned by a government which promised to invest in its people rather than in itself. However, the pronouncement of the government is a mere verbal irony, as it talks people but acts self.

Moreover, agriculture, which is now not only the new frontier for sustained economic growth, food security but also export and foreign currency earning, constitutes a bare minimum of US$1.5 million of the budget; while education, which should be the heartbeat of the policy of a government whose people are massively illiterate, gets a paltry 15 percent (far against the 25% benchmark set in Liberia’s new education law). While the health sector, which is key to national development efforts, is slapped with 10% of the budget.

In a backward country such as Liberia, we thought the Weah government would have prioritized the health, education and agriculture sectors. As massive investments in those critical sectors would mark a decisive effort at spending on the people and curbing poverty in the long run, which is central to national transformation.

Hell no! The draft budget defies economic sense and shows deafening indifference on the part of the so-called pro-poor government.

With the way the commanding heights of production of the Homeland is organized, which, in turn, makes it a raw material exporting satellite for monopoly capital and giant industries, we thought the Weah regime would have broken with the past and meaningfully invest in the broader masses of the people, leading to economic advance and social transformation.

However, it is now evident that the Weah government pays lips service to the welfare of the masses of the people living in the squalid slums of Monrovia and parts adjacent. Ironically, these masses have been loyal to him throughout his political sojourn, against every indication that he is poised to become a horror of a president. Yet the draft budget has nothing meaningful in it for them. Virtually nothing is in it for the people of Clara Town, West Point, New Kru Town, much less the collective of the oppressed and exploited rural masses.

In history, as in life, a government shows where it stands in the class struggle not by making equivocal political pronouncements, but by taking practical steps to address the structural issues that confront the exploited layers of the society. It is only through praxis that one can confirm that a government is either pro or anti people. Weah’s indifference shows that being a member of a class is not solely by birth but where one stands in relations to the economic question.

What is getting increasingly clear is that the backwardness of the Republic is essentially and fundamentally the problem of leadership. A change of a political party or a segment of the ruling class will not address such fundamental crisis. Insofar as our leaders are self-serving parasites.