Ahead Of 2020 Elections: PNC On The Move To Put Its House In Order 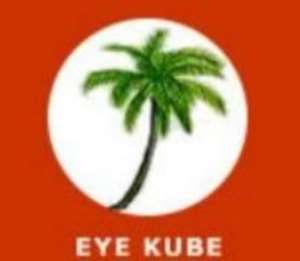 The People’s National Convention (PNC) has initiated steps to reorganize its rank and file ahead of the 2020 general elections.

A six-member committee, made up of the party's executives, have within the last weeks toured all 10 regions of the country to hold talks with both regional executives and members.

The PNC is the fourth political party to start the process of reorganization after its poor showing in the 2016 general elections.

The governing New Patriotic Party (NPP), opposition National Democratic Congress (NDC) and the Convention People’s Party (CPP) are already in the process of restructuring their party units ahead of the 2020 elections.

But the PNC is upbeat it will cause a major upset in next two years’ election because of the renewed commitment of its supporters.

Acting General Secretary, Jacob Kwame Amoako, said the party’s silence after the 2016 poll was to enable it to galvanise its support base with no interference.

“We’ve been quiet for a while not because we want to be quiet but for us to mobilise ourselves after the election and so far we’ve been to all the ten regions,” he said in an interview Monday, minutes after the team arrived in Accra.

He said the party executives and members the team met during its tour narrated the difficulties they faced in the past election and cautioned against same in the future.

“They have asked us to resource them which will help them to work more efficiently,” he added.

The PNC is expected to take a major decision on the committee’s report in the coming days which Mr Amoako said will be communicated to the media.