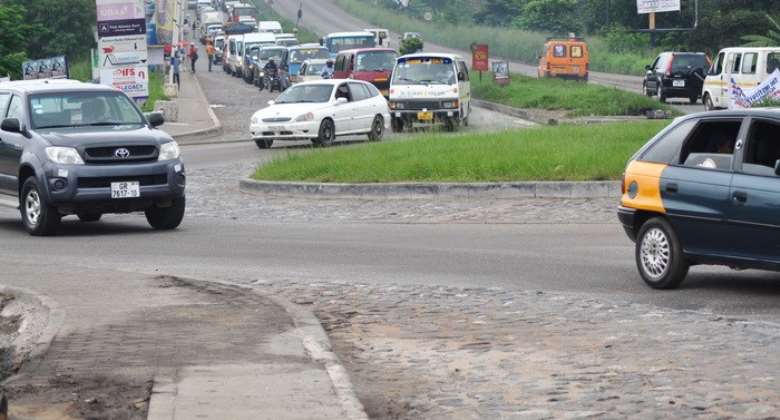 The Road and Highway Ministe, Mr. Kwesi Amoako Atta, during his tour of the Ashanti region in November 2017, ordered the removal of four problematic roundabouts on Kumasi-Ejisu stretch of the main Kumasi-Accra road for the free flow of traffic.

The construction works was delayed due to the late Asantehemaa Nana Afia Kobi Serwaa Ampem II's final funeral rites that was scheduled for December 2017, according to the Road and Highway Minister Hon. Kwesi Amoako Atta.

However information gathered by OTEC news revealed the construction works on the said four problematic roundabouts on Kumasi-Ejisu stretch of the Kumasi-Accra road has begun at Anwomaso and Boadi junctions.

Meanwhile OTEC news reporter Isaac Nsiah Foster reported there was no any construction equipment on site but half of the Anwomaso and Boadi junctions roundabouts have been graded and could not find the contractor to establish when he started the work and when he will be completing.

We warned gov’t against reckless borrowing, wasteful spendin...
51 minutes ago