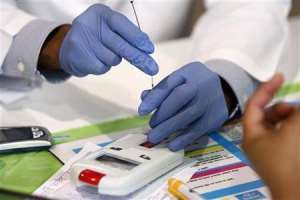 After April 30, 2018, the postmen and women employed by Canada Post will pound the pavement to fill all mail boxes with the popular brown envelopes to remind tax avoiders to file their taxes.

If the content makes you smile to the bank, good luck. If it makes you rather agitated and frustrated, sorry but please take my advice, “do not toss the mail into a bin. Handle the issues raised in the letter and enjoy your peace of mind after.”

WHAT IS TAX Tax can be simply defined as a compulsory contribution to the state revenue, levied by the government on workers income and business profits or added to the cost of some goods, services and transactions.

That means income tax; pay roll tax, property tax, consumption tax, tariff capitation, fees and tolls are the taxes or compulsory contribution to the state revenue levied by the government on workers and you can never run away from it.

In Canada, the federal, provincial and municipal governments collect money through income and sale taxes from individuals and companies to help pay for government programmes and services, such as roads, public utilities, schools, health care, economic development and cultural activities.

INCOME TAX The Canadian Revenue Agency is charged with the duty to collect income taxes. Each year, people who are Canadian residents, for tax purposes complete an income tax return. On this return, they list their taxable income, deductions, and tax credits to calculate how much tax they owe.

SALES TAXES: In Ontario, there is a harmonized tax [HST] of 13 %. Usually, HST is added at the cash register so the amount on the price tag may not be the final price. Eight percent of the HST goes to the provincial government and 5% goes to the federal government.

You pay HST on many goods and services but there are a few exceptions, such as basic food products, child care services, and prescription drugs.

Individuals and families with low and modest incomes may be eligible for an HST credit.

THE STATISTICS/ FIGURES Information made available by Canada Revenue Agency on its website about the total number of tax returns received from February 13, 2017 to January 26 2018, was as follows:

Returns processed within the same period were as follows:

Nil return…5,840,368 n/a n/a The CRA noted that for the year 2016 personal tax filing season, 26,233,828 returns were received. 85% of those returns were filed electronically, with 56% filed by accountants through e-file and the remaining 29% by individuals through net-file.

Most of the filed returns, 59%, resulted in refunds in an average amount of $1,682. Nil returns amounted to 22% of the total, and the remaining 19% of the TI returns had taxes owing the CRA said.

Also made available by the CRA was indication that the percentage of paper returns has been declining steadily from 38% since 2011 to 15% in 2016 and continues to decline.

NOW THE ARGUMENT: “DID JESUS PAY TAXES IN THE BIBLE?”

Whenever one is advised to pay tax, the question he throws back is did Jesus Christ pay taxes in the bible?

This also makes it appropriate to respond that “for lack of knowledge such people perish?” But for the sake of teaching ourselves the right thing to do, let us research through the Bible and see what it says about paying taxes.

After Jesus and his disciples arrived in Capernaum, the collectors of the two-drachma tax came to Peter and asked, “Doesn't your teacher pay the temple tax?” “Yes he does,” he replied.

When Peter came into the house, Jesus was the first to speak. “What do you think, Simon? He asked. “From whom do the kings of the earth collect duty and taxes-from their own sons or from others? From others,” Peter answered.

“Then the sons are exempt,” Jesus said to him. But so that we may not offend them, go to the lake and throw out your line. Take the first fish you catch; open its mouth and you will find a four-drachma coin. Take it and give it to them for my tax and yours.”

The gospels of Mathew Mark and Luke each tell of another account, when the Pharisees tried to trap Jesus in his words and find a reason to accuse him. In Mathew 22:15-22, we read:

“Then the Pharisees went out and laid plans to trap him in his words, they sent their disciples to him along with Herodians.

“Teacher,” they said, “we know you are a man of integrity and that you teach the way of God in accordance with the truth.

“You aren't swayed by men, because you pay no attention to who they are. Tell us then, what is your opinion? Is it right to pay taxes to Caesar or not?

“But Jesus who knew their evil intent said, “You hypocrites, why are you trying to trap me? Show me the coin used for paying the tax.” They brought him a denarius, and he asked them, “Whose portrait is this and whose inscription?”

“Caesar's,” they replied. Then he said to them, “Give to Caesar what is Caesar's, and to God what is God's.” When they heard this, they were amazed. So they left him and went away.

This same incident is recorded in Mark 12:13-17 and Luke 20:20-26. The gospels leave no doubt that Jesus taught his followers not only in words, but by example, to give to the government any taxes that are owed.

In Romans 13:1, Paul brings further clarification to this concept, along with an event broader responsibility to Christians.

“Everyone must submit himself to the governing authorities, for there is no authority except that which God has established. The authorities that exist have been established by God”.

We can conclude by this verse, if we don't pay taxes we are rebelling against the authorities established by God.

Romans 13:2 give this warning: “Consequently, he who rebels against the authority is rebelling against what God has instituted, and those who do so will bring judgement on themselves”.

Regarding the paying of taxes, Paul couldn't make it clearer in Romans 13:5-7 where he said, “Therefore, it is necessary to submit to the authorities, not only because of possible punishment but also because of conscience.

This is also why you pay taxes, for the authorities are God's servants, who give their full time to governing. Give everyone what you owe him: If you owe taxes, pay taxes; If revenue, then revenue; If respect, then respect; If honour, then honour.

Peter also taught that believers should submit to governing authorities. For the Lord sake, submit to all authority-whether the king as head of state, or the officials he has appointed. The king has sent them to punish those who do wrong and to honour those who do right.

It is God's will that your honourable lives should silence those ignorant people who make foolish accusations against you. For you are free, yet you are God's slaves, so don't use your freedom as excuse to do evil. 1 Peter 2:13-16.

It is true, many people have complained over the years about some misuse of government spending and corruption in some cases in our tax system.

I agree that some government abuses are valid concerns within some of our current tax systems. But that does not excuse us as Christians from submitting to the government in a form of paying our taxes as the Bible commands.

As Canadian citizens, we can and should work within the law to change some of unbiblical elements of our current tax systems when we find them.

We can take advantage of every legal deduction and honest means to pay the minimum amount of taxes.

But, it is my belief that we cannot ignore God's word, which clearly instructs us to be subject to governing authorities in the matter of paying taxes.

As I urge you to file your annual income tax returns with the governing revenue agency, let me repeat the word or caution to tax avoiders, “be reminded that, any Canadian who misses the filing deadline will be subject to a tax late filing penalty of 5% of taxes owing, plus 1% of the unpaid tax balance per month. These tax penalties double for repeat late files” says the law.

By: Stephen A. Quaye