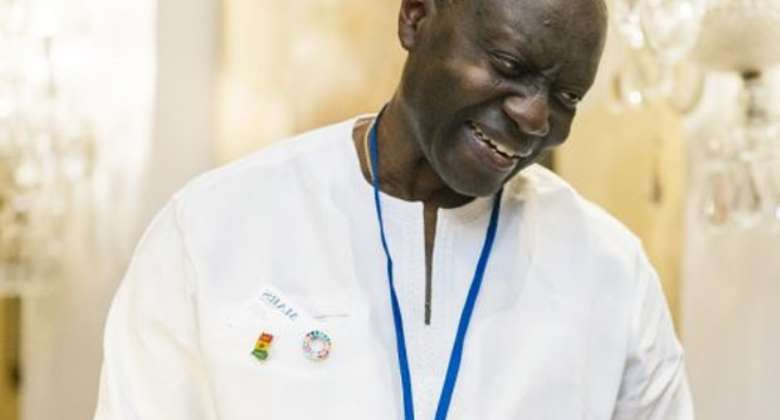 The Minister of Finance, Mr Ken Ofori-Atta, has stated that the government is working assiduously to translate the improvement in the macroeconomic fundamentals into the creation of jobs.

“We appreciate the concerns of the people that there are no jobs, but it will soon be over because we have worked hard to stabilise the economy and correct the macroeconomic imbalances to pave the way for better times ahead,” he said.

Mr Ofori-Atta, who gave the assurance in an interview with the Daily Graphic in Washington on the sidelines of the just-ended 2018 World Bank/International Monetary Fund (IMF) Spring Meetings in Washington DC, said the macro aspect would translate into the micro side and the effect would be felt soon.

He was answering questions in reaction to calls by the President of the World Bank, Mr Jim Yong Kim, for emerging countries to translate their positive growth into wealth creation and opportunities through massive job creation for the large number of youth without jobs.

According to Mr Ofori-Atta, “A lot went wrong in the past and we inherited many gaps which we needed to take time to fill, and we are almost through with it and sooner than later, Ghanaians will see the full benefits of our work.”

The Finance Minister said there would be more jobs to be created for thousands of people through the special initiatives such as the one-district, one-factory, planting for food and jobs, which is already creating jobs for the people, among other initiatives.

He also mentioned the recruitment exercise of graduates to support the sanitation and the police service, among other things.

Economic performance
The economy, in the 2017 full year, grew from just 3.7 per cent in 2016 to 8.5 per cent, the fastest rate in five years but mainly on the back of oil and gas production.

In spite of the impressive economic performance at the macro level, there are concerns raised by analysts who complain that the real sectors of the economy are not booming enough to absorb the large number of people without employment in the country.

They argue that the growth is mainly on the back of oil and gas production, leaving the sectors that can generate employment such as agric and manufacturing still suffering.

The phenomenon has created a huge backlog of graduates who are without jobs and are, therefore, clamouring for avenues to become employable.

Many are those who have described the situation as a national security issue and warned the government to take immediate steps to invest more in the real sectors to open up the economy.

Hope soon
Responding to the calls, Mr Ofori-Atta shared the concerns of the people but noted that the government was aware of the situation and had put the necessary structures in place to resolve them.

He said the government was working to clear all the arrears owed contractors, after which more infrastructure contracts would be awarded.

“You are aware of the issues with the Auditor-General's Report which revealed massive unwarranted claims by some contractors. We have been careful in paying them because we want to be very sure that we are not paying people for no work done or overpay people who don't deserve what they are claiming,” he stated.

He described the situation as a complex one, but said the government was on track to do the needful to normalise the situation and asked for patience for the imbalances to be fully corrected.

Meanwhile, he said the wait was over and the recruitments were in progress.