Why Isoniazid And Sulfadiazide Are Dangerous For Tuberculosis Treatment in Africa? 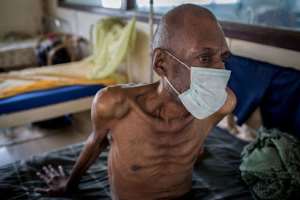 "According to the German medical doctor Wolff Geisler, thousands of Aids patients affected with tuberculosis in Africa, are not caused by the HIV virus."

"In my opinion, he is right, because of the increase in the number of tuberculosis patients in Africa, is a result of intended spread of the disease through dangerous medicines like Isoniazid and Sulfadianozide, given to Africans in tuberculosis clinics in African countries, such as Burundi, the former Belgian Congo, Uganda and Zambia."- Said Holland scientist and micro-surgeon Johan Van Dongen.

Instead of curing, the two mentioned medicines rather cause a tremendous acceleration of HIV infections amongst African people.

In 1989, the WHO/IUATLD working group declared in the “Bulletin International Union Tuberculosis Lung Disease” that HIV in TB-hospitals could have been spread as a result of unhygienic anti-tuberculosis injections, but as a former micro-surgeon, I, Johan van Dongen challenge them to prove that statement.

Again according to Wolff Geisler, remarkably horrendous numbers of HIV-infections originate only from US American or British financed and managed hospitals in the respectively mentioned countries. For instance in hospitals in Kitgum and Kagando in Uganda (where there was no recognizable USA or British finance), 10% of the TB patients, normally an average of 15% of the total population were HIV infected.

Aids Causing Factories
According to the World Health Organization, in Africa 17-55% of TB patients have HIV-antibodies. The WHO expert Slutkin mentioned 30-60% in some of the developing countries, a clear sign of intentional infection of tuberculosis patients in Zambia with HIV. The same evidence was provided by the same expert in the Chinkala Hospital, TB patients Mazubuku. 23% of the TB patients in the middle of 1987 were also infected with HIV.

Six months later, the virus was located in 50% of patients within the same hospital, after administering Isoniazid and Sulfadiazide. The same figures slightly increased in 58% of TB patients in Ndola, and in 60% of TB patients in the University Teaching Hospital in Lusaka, Zambia.

Moreover, the patients were treated with forbidden drugs, because in New York, 1972, about 21 people who were taking intravenous agents had succumbed to inexplicable tuberculosis before 1972.

Already written in a previous article, in contrast, patient with a cellular deficiency hypersensitivity following the polio and cowpox vaccinations, are particularly prone to certain bacterial, viral and protozoal infections caused by Mycobacterium tuberculosis TB.

And then the pharmaceutical disease producing factories appear by using deadly toxic agents such as Isoniazid, produced by Teva Netherlands BV (Holland, and Sulfadiazide, produced by Pfizer in Germany.

What Is Tuberculosis?
Tuberculosis is a chronically infectious disease which generally affects the lungs. The causing agent, tubercle bacilli, is mostly passed on from person to person through coughing of droplets from the respiratory tract (lungs), and can also be transmitted unto the skin, eyes of persons in the immediate vicinity. Tubercles also can penetrate the body through drinking.

A striking phenomenon! Side Effects Of Isoniazid And Sulfadiozanide.

Hospitals, including Mbare Hospital in Harare, were suddenly full of tuberculosis patients and the people were suffering from venereal diseases at the same time, as a side effect consequence, because Isoniazid and Sulfadiazide made them susceptible for these. It is obvious that Isoniazid and Sulfadiazide are the cause of these venereal diseases because it appears in almost all infected children under the age of ten.

As described before, in Africa tuberculosis and HIV go hand in hand, but the mass spread of tuberculosis infections in Africans with Aids is not caused by HIV-infection at all. The increase in the number of African TB patients is the result of intended spread of special tuberculosis agents, and patients treated with Sulfadiozanide and Isoniazid at the end caught Aids!

The two medicines, Isoniazid and Sulfadiazide, shouldn’t have been used as medications against TB and most certainly not in Aids patients. Only the long list of side effects gives you the shivers. Therefore we will describe a list with side effects causing a huge amount of invented new diseases in order to sell more medicines against these side effects.

There You Have It. And If You Think This List Of Side Effects Is Completed, Not at all! There Is More: Let’s continue:

Constipation, continuing ringing or buzzing or other unexplained noise in the ears, cough or hoarseness, cracks in the skin, darkened urine, decrease in the amount of urine, diarrhea, difficulty with breathing, difficulty with moving, dizziness or lightheadedness, feeling of discomfort, fever with or without chills, general body swelling, general feeling of tiredness or weakness, headache, hearing loss.

Indigestion, itching- joint or muscle pain, light-colored stools, loss of appetite and weight, loss of heat from the body, lower back or side pain, muscle pain or stiffness, nosebleeds, not able to pass urine, pain or burning while urinating, painful or difficult urination, “pains in the stomach, side or abdomen and possibly radiating to the back”, pale skin, pinpoint red or purple spots on the skin, rapid heart rate, rash, “red skin lesions often with a purple center.”

Red irritated eyes, red swollen skin, redness of the white part of the eyes, scaly skin, “seeing, hearing, or feeling things that are not there”, seizures, shakiness and unsteady walk, shortness of breath, sore throat, soreness of the muscles, sores, ulcers, or white spots on the lips or in the mouth, sudden decrease in amount of urine, swelling around the eyes.

Swelling of the face, hands, legs, and feet”, swelling or inflammation of the mouth, swollen lymph glands, swollen or painful glands, tightness in the chest, unsteadiness, trembling, or other problems with muscle control or coordination”, unusual bleeding or bruising, upper right abdominal pain, vision changes, vomiting, weakness in the hands or feet, wheezing, yellow eyes or skin.”

“Some side effects do not need medication, because of fear, you will pay a visit to a doctor, you have to pay consultation fee, you also have to pay for the prescription and medicines and together we pay billions of dollars to the pharmaceutical industry, and in turn they pay scientists, pharmacists and everybody else who wants to be paid in order to sell medicines for causing the above-mentioned side effects for the production of diseases.”

And for each and every one of these checks, because of side effects you will pay a visit to a doctor, you have to pay for the consultation fee, you also will have to pay for the prescription and medicines and together we pay billions of dollars to the pharmaceutical industry and the pharmaceutical industry pay scientists, pharmacists and everybody else, who wants to be paid in order to sell medicines for causing the above-mentioned side effects for the production of diseases.

Incidence Side Effects Not known
Feeling of constant movement of self or the surroundings, hives or welts, the sensation of spinning, restlessness? and trouble with sleeping.

The use of sulfonamide antibiotics, including sulfadiazine, is associated with large increases in the risk of Stevens-Johnson syndrome and toxic epidermal necrolysis, although these phenomena are rare as a whole.

Hepatic Side Effects
Hepatic side effects are rare but can be serious. Isolated cases of hepatitis and jaundice due to cholestasis have been associated with sulfadiazine. Elevated liver function tests (with a negative hepatitis panel) have been reported in at least one case associated with psychosis.

Psychiatric Side Effects
Psychosis associated with Sulfadiazine and Pyrimethamine therapy in patients with AIDS and CNS toxoplasmosis has been described in two separate case reports. In each case, tremulousness and disorientation developed within three days to two weeks after starting therapy, despite partial resolution of the size of the intracranial T Gondii lesions. No other obvious cause for mental status changes was found. 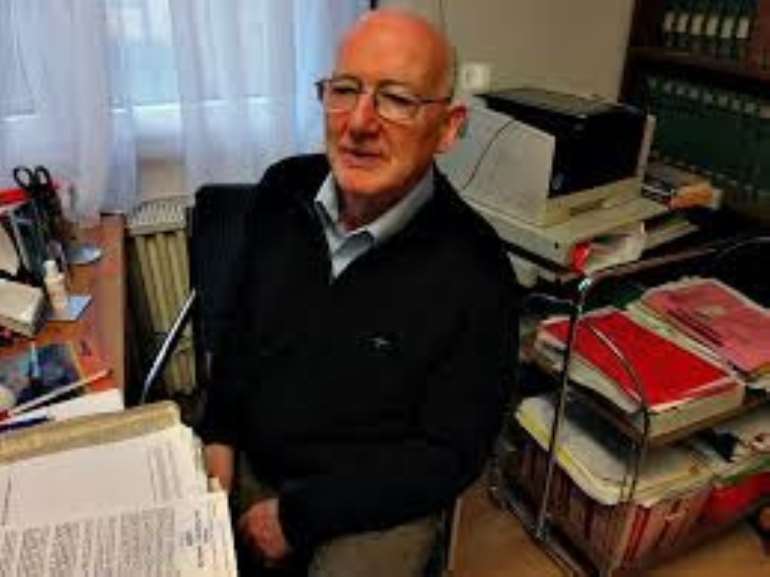 Dr. Wolff Geisler, one of the independent leading doctors from Germany, (apart from scientist Johan Van Dongen) to expose the deliberate spread of diseases and the use of Africans for medical experiments

The delirium resolved upon discontinuation of therapy in each case, and was reproducible upon re-challenged. In one case, the patient had elevated liver function tests (hepatitis panel was negative), which were reversible upon discontinuation of therapy. Psychiatric side effects include frank psychosis in patients with AIDS and CNS toxoplasmosis. Tremulousness, disorientation, and delirium have been reported.

Genitourinary Side Effects
In one case, analysis of the stone fragments showed a composition of 100% acetylated 2-sulfanilamidopyrimidine, a metabolite of sulfadiazine.

Genitourinary side effects include urolithiasis.
Metabolic Side Effects
Metabolic side effects have included hypoglycemia.
Endocrine side effects associated with sulfonamides have rarely included diuresis, goiter production, and sialadenitis.

If you swallow Isoniazid and Sulfadianozide or AZT as mentioned in one of our previous articles, then you are a lunatic.