“If Aids doesn’t kill Africans fast enough, the so-called medicines against the disease will finish the job together with the deliberate spread of Ebola. Giant Pharmaceutical Glaxo, introduced Zidovudine for Aids patients in Africa, but the medicine is a Potent Killer from hell.” – Professor Johan Van Dongen

The fight to bring those behind the Aids and Ebola medical crimes in Africa, (Belgium, Holland, Russia, America, Germany, France, The Rockefeller Foundation, World Health Organization, Centers for Diseases Control etc;) to face justice at the International Court of Justice in The Hague, has been a slow process, because those powers behind the crimes, think they are above the law to be prosecuted, while the international media continue to support and protect them.

The Media, including CNN, Fox News, BBC etc, have failed Africa, to bring those criminals to justice. Africa stands alone, healing its wounds from the brutality of Apartheid, slavery, medical crimes and colonial mental scars. In regards to those medical crimes, Africa expects the media to give them support and bring the perpetrators to justice, just as they did when Islamic militant terrorists strike the French satirical magazine Charlie Hebdo, but Africans didn’t see that.

Nevertheless, hope is never lost, since Professor Johan Van Dongen, the sole scientist who exposed the crimes and became an enemy in his native country Holland, still a strong man, he will continue to warn Africans and the leaders over certain medications circulating in Africa for HIV and AIDS patients, which are extremely dangerous for human health.

On Saturday, February 21, I met the Professor Johan Van Dongen, who had since lost his job, house and license as University lecturer, for his kindness to let the world know that Aids and Ebola are medical crimes against humanity, in his apartment in Amsterdam, The Netherlands. This is what he said over AZT tablets for Aids patients in Africa.

The upside down of African democracy is that every native has the right of access to information, the right to express, exchange and debate on different points of view. The downside is that each African citizen is burdened with the responsibility of having to think for himself in a scrupulous and deteriorating world. Africans were raised in a society where for more than half a century they were forbidden to think for themselves.

They long for the quick fix. If Aids appears to be no problem, they think because there must be a pill for every ill person, for which the government must pay for. But it isn’t for the first time Africans are exposed to a critical re-evaluation. But what does a re-evaluation brings to Africans in this world today with corrupt governments, criminal pharmaceutical plants, and the biological warfare military establishment?

Establishments that uses Africans as guinea pigs, to gain profit when we tracked and digested every important reference to Zidovudine AZT, in contemporary medical literature. The result is a comprehensive and alarming review of the findings of medical researchers on the clinical use of the killing drug from hell. Therefore it is unbelievable that African leaders, journalists, and media are looking in the opposite direction.

Any African Aids patient who swallows AZT is a lunatic

Zidovudine was originally prescribed in high doses on its own as a therapy for people who tested HIV-positive. Other journalists have reported the fraudulent nature of the clinical trials on which this usage was based. When independent larger trials eventually showed that when HIV-positive patients that used AZT showed no sign of illness, it significantly increased, rather than decreased.

Their chances of developing Aids and of dying this regimen were quietly dropped. Then AZT hasn’t yet become a major medical scandal, to expose the power and resources of Glaxo and the pharmaceutical industry as a whole.

Now there is new evidence of how dangerous AZT is, supported by well-funded lobbies. Anthony Brink demonstrates the sort of ability and dedication needed to properly scrutinize those claims. If you have any better information and arguments, let me know.

In this article, we discuss antiretroviral for which we referred from a book written by an English senior investigative journalist, Mrs. Janine Roberts. She published a fine book, called “Fear of The Invisible,” subtitled “How scared should we be of Viruses and Vaccines, HIV and Aids?

Though not comparable to our previous publication about retroviral, highlighted by the solid science approach of the subject by Advocate Anthony Brink, Mrs. Roberts as an investigative journalist also had fierce criticism on the antiretroviral drugs, based on her critical reading of many reports, but GlaxoWellcome continued to provide Anti-retroviral Drugs help for Aids patients.

In “Fear of The Invisible” Roberts describes her growing insights into the devastating nature of AZT and the cocktail mix of anti-retroviral which is these days applied under the name: “Highly Active Antiretroviral Therapy”, HAART.

Roberts notices that even the manufacturers of these antiretroviral drugs acknowledge that the working of these drugs is designed and aimed at the most basic operations of a cell, such as making DNA.

Zidovudine is a class of drugs known as ‘Nucleoside RT inhibitors’ that target the bone marrow cells which create our red blood cells.

The drugs are manipulating the cells in such a way that certain processes in the cell are blocked, the very reason for which these drugs are also known as ‘Terminators.’ Questioning the terminating nature of the drug she asks the question: “How could such a drastic termination be in the slightest bit healthy?” And another question: “Does it kill blood cells”?

Africans swallow pills for every illness by choosing a color pill

A study in 1988, reported that a third of the patients required blood transfusion soon after treatment. But also in more recent, the same phenomenon was still reported. One study retrospectively evaluating the record of over 30.000 HIV-infected patients in the United States of America, noticed that a total of 41.5 % of those with a history of AZT in the past six months and 27.7% of those without such history were anemic at baseline.

The same study stated that there were strong statistical associations between worsening parameters of HIV disease and increased likelihood of anemia.

Roberts notices that these days manufacturers of these antiretroviral drugs admit that the drugs can kill both white and red blood cells, which actually is the very same thing HIV is supposed to do! Coming back to the subject of safety trials also other drugs than AZT has been released without proper long/term safety trials and studies.

No placebo trials were used that are executed for other drugs. Such was the hurry to make these drugs available, suggesting an emergency without heading any principle of precaution. Even a Lancet article underscored the fact that because of the severity of the HIV epidemics, a licensing of many antiretroviral agents had occurred often with very little known about long-term safety.

More alarmingly Roberts found the fact that the serious and adverse side effects of the antiretroviral drugs often proved to be difficult to distinguish from the Aids symptoms itself. This was not only agreed upon by some manufacturers in their product inserts, but it was also born out several studies. In addition, some medical reference works have also confirmed this fact.

This then raises the question Professor Johan van Dongen needs an answer. Why African governments in the media, often labeled anti-retroviral as “life-saving?” When according to Roberts scientific data, antiretroviral is generally depressing. When the African press and media report over the great success of HAART, scientific studies indicate a different reality.

One study reported: Opportunistic infections, Aids-associated malignant conditions, and other non-infectious diseases, often appeared shortly after the introduction of HAART. It's therefore, came to the conclusion that in the scientific literature, Roberts has taken notice of what seems to be very little, no ample evidence or even experimental evidence that these drugs really keep people alive.

Also, it is often noted in studies that the deadly disease Pneumocystis carinii pneumonia PCP, strikes the Aids patients after they have started their antiretroviral regimen.

An article of the Natural Institutes of Health, NIH, quoted Janine Roberts: “PCP manifesting acutely during the initiation of antiretroviral therapy is a well-recognized phenomenon.”

But what about the other opportunistic infections as we have mentioned in our books and articles and which also appear after taking AZT?

Opportunistic infections as mentioned in the CDC HIV/Aids Surveillance Report edition 1997, such as Kaposi Sarcoma, Tuberculosis, Cryptococcus, Pneumocystis Carinii Pneumonia, Cytomegalovirus, Histoplasmosis, Herpes simplex, Leukoencephalopathy, Leprosy, Meningitis, Lymphoma, and Candidiasis. Yes: AZT! According to GlaxoWellcome the best there is! No! That’s not the case, it is Glaxo Welcome's Your Money for profit!

Anthony Brink and Janine Roberts again
After much more exposure of the health dangers of the anti-retroviral drugs, Roberts also noticed the good work of Anthony Brink whom she described as being engaged in a royal battle in South Africa, with his Treatment Information Group TIG.

She stated that Brink who had extensively researched the workings of anti-retroviral, had found that the scientific evidence for the grave toxicity of these drugs was so strong, the reason for the death of many thousands of Africans being on HAART, may have well been caused by taking this very therapy. Brink has therefore declared the description of these drugs ‘criminally irresponsible.’ 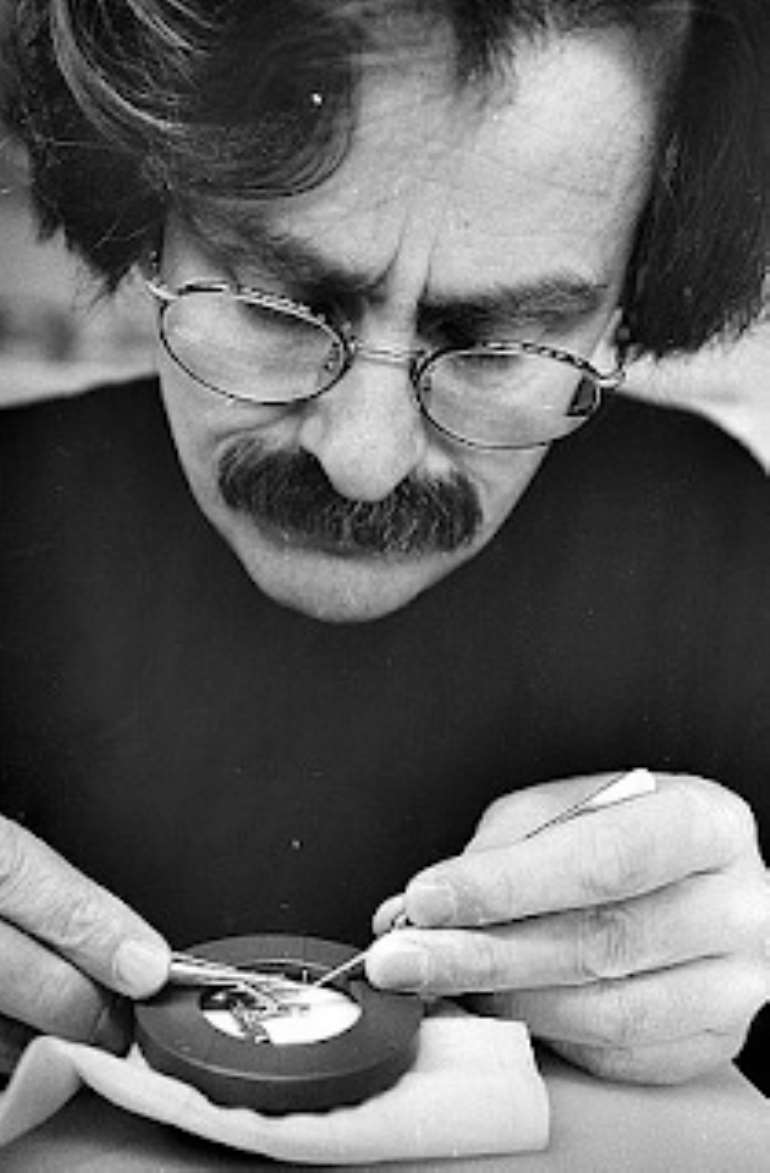 Holland scientist and micro-surgeon, Johan Van Dongen, remains one of the scientists Europe and America feared most because of his intrepid lifestyle. "They made me lost my job as a lecturer at the University of Maastricht, Holland, because of the truth, I will also continue to make them uncomfortable, I have got nothing to lose now." Scientist Johan Van Dongen

But one last remark we cannot refrain from mentioning in this article is, the scandalous fact that Roberts revealed about medical authorities wanting to hide the adverse side effects of anti-retroviral. She ironically stated:

“It is supposed to take HIV up to ten years to destroy the immune system.” The anti-retroviral drugs such as AZT however, can do the job much faster by causing Aids, instead of curing Aids. So, when Aids doesn’t kill Africans fast enough the so-called medicines against the disease will finish the job together with the deliberate spread of Ebola.

The medical industry has made all the adverse effects of anti-retroviral into a new iatrogenic sickness or syndrome called; ‘The Immune Reconstitution Syndrome IRS as described in a study from S.A. Shelburne, et al”. Medicine 81:231-27, 2002, details all the symptoms of IRS.

A grave warning given by Johan van Dongen to those (African) people who may test falsely positive on an HIV-test is, beware; being healthy and taking anti-retroviral may rather give you Aids!

Having seen now that there is no perspective of a cure from anti-retroviral therapy for Aids, in our next contribution we will return to the suppressed and more effective aids medicines and cures as described by Johan van Dongen in his book: “Aids, the greatest medical crime in history.”