My Birthday Wishes And Prayers As A Police Officer 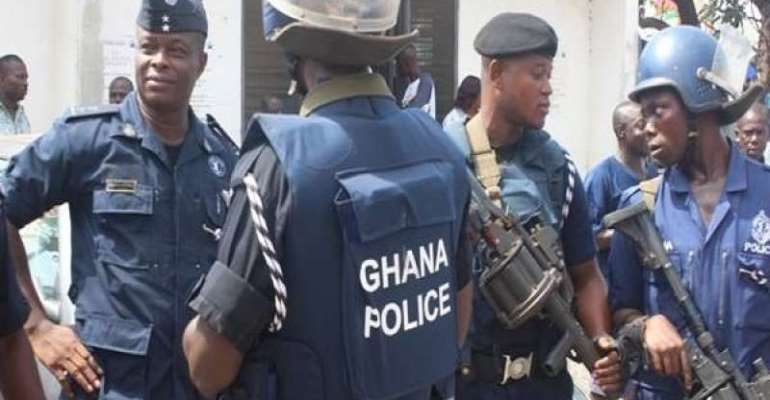 I am aging as birthdays come and go. It tells me that I am gradually exiting the earth space. I shall one day be no more and the only thing left of me will be my name so our elders say good name is better than riches. I will be so satisfied in my grave and rest well if I could leave a good name behind someday.

Birthdays tell me that time and tides wait for no man and just like the Ecclesiatist said, anything that your hands finds, do it with all your heart for the hades that you go or going, there is no work to be done. In short, there is nothing to be done in the land of the dead. Do it now! No time and procrastinations.

What the Ecclesiatist tells us is that, whilst there there is life we should do whatever we can to make people's life better or worst just in case we decide to be evil. After death, we cannot change anything again. Not even about ourselves. The only thing we may have left is our name that lasts a little bit ahead of us depending on the people we met in this life and how we touched or bruised their hearts.

I am a police officer who should have been corporal by now but I am still a lance corporal because I am deeply involved in issues that many police officers will not dare to go close or try it. Actually those issues are not even directly affecting me in one way or the other but once I am a police officer, we are all involved and at risk because you don't know when your time will come as you have seen that of others. It should tell you that yours is on the way but might not be too soon like others.

To dedicate your life to issues of welfare in the police service, one must brace himself to meet the storm that might even claim one's life because it is a struggle against "power and principalities" so such people must not have aspirations and dreams in the police. The welfare situation in the police is such that it might triger national crisis someday if the police administration and the government do not pay attention to concerns that make police officers to rage at times.

I would love to see a transformed police service which personnel are allowed to go on leave per the provisions of the C.I 76 without "no personnel" mantra as sounded by commanders any time a police officer is due for leave. The fact is that no personnel shoud be prevented from going on leave due to routine operations of the service because no personnel is in charge of enlistment apart from the police administration. If you don't have personnel, tell the police administration and not me a poor police officer. When a police officer is on his/her annual vacation leave, his/her leave allowance should be paid to him or her as the C.I stipulates.

I would love to see a better police service which takes the full responsibility of housing its personnel whether in barracks or out of barracks. The police service should fully be responsible for paying rent advances and allowances and not only rent allowances leaving personnel in dire economic hardships as they continue to contract killer loans to rent and work for Ghana Police Service. That is really bad.

I expect a transformed police service matching world class standards where there is regular supplies of police uniforms, boots and other protective accoutrements that will reduce police deaths in line of duties. Just in case that the police officer dies in line of duties, the state and the police administration must be responsible for the upkeep of the family.

I want to see a police service that there is a reduced criminal attacks on police officers by soldiers or any entity with stringent measures and laws punishing such offenders severely.

The author has 53 publications published on Modern Ghana.