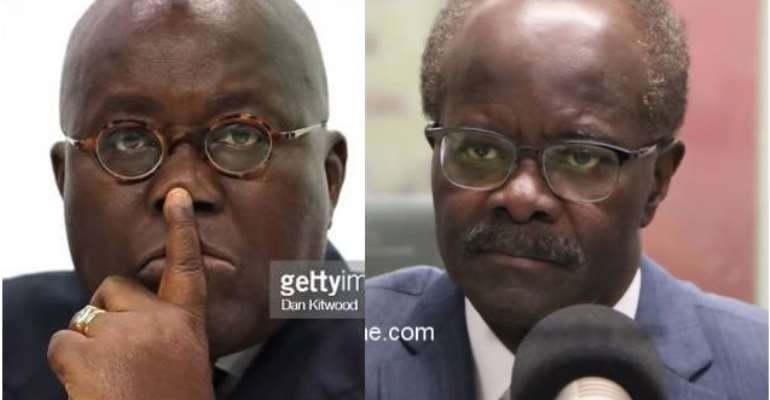 Government has rejected accusations it is dancing around the implementation of a campaign promise to reduce the President's powers in local governance.

The campaign promise was to allow Ghanaians to elect District Chief Executives instead of the president appointing all 254 district officers.

There was a timeline to this promise captured in chapter 13 of the governing party's manifesto - it will be done within 24 months.

That is by January 2019. President Nana Akufo-Addo was even more ambitious after promising to get it done in 2018.

But deputy Local Government minister OB Amoah has ruled out 2018 and 2019 as possible dates for the execution of the promise.

OB Amoah
Government has offered 2021 if it is re-elected. As far as its 4-year old mandate is concerned, there is no longer a timeline for the promise.

The 2016 PPP Presidential candidate is unhappy. It was a campaign promise his party also made but it was the NPP that got the opportunity to execute it.

But the government is bottling a chance to give the people real power to elect their own District officers where they reside.

"We have been promised it, we believed it...we liked it, we want it..but what is happening now gives us cause to worry" Dr. Papa Kwesi Nduom addressed the media.

The government says the promise faces constitutional and legal hurdles which need to be addressed.

According to the 1992 constitution in Article 55 (3) anyone seeking to contest in District Assembly elections cannot stand on a partisan ticket.

It is an entrenched clause meaning it will take more than a vote in Parliament to change the law. It requires a referendum.

This is the way President Nana Akufo-Addo wants to go after consulting three former presidents on the NPP promise to make the position of DCE elective.

And so since March 2018, a Local Government ministry-backed committee is engaging Ghanaians on the need for a referendum.

In 2019, instead of the campaign promise to elect DCEs, the government will be asking Ghanaian to decide how DCEs should be elected - partisan or non-partisan.

It is this referendum which government has explained will lead to the execution of the 2016 campaign promise.

"We are revising the promise" deputy Local Government minister O.B Amoah said after a grilling on Joy FM's Newsnight Wednesday.

He refused to put a timeline to avoid a recurrence of the current media harassment over the 2019 deadline.

He maintained the NPP "knew [of these constitutional hurdles] yet they went out f their way to promise it.

Local Government expert Dr Eric Oduro Osae also thinks the government has complicated for itself a rather simple matter.

There is an easier constitutional route, he told Joy News Emefa Apawu. The government can simply amend Article 243, to remove the president's power to appoint DCEs and make it a non-partisan election.

It would not require the more torturous route of a referendum, he explained.

But the government appears to be more favourable to having a partisan district assembly elections hence the torturous route and some torture from those who say the government has failed to meet a time-bound campaign promise.