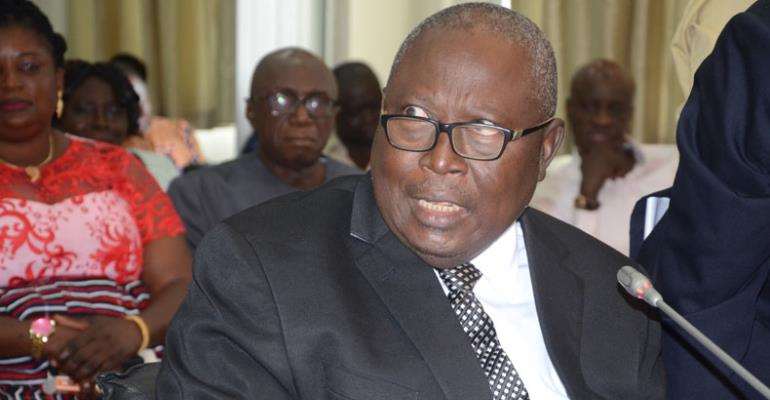 Corruption according to the former president of the republic of Ghana,J. A Kuffour is as old as Adam and Eve. In simple terms, corruption is an ancient deal.

However, when we talk about corruption in Ghana, public officials ranging from the president to his ministers with other appointees stand to the accusations and finger pointing.

Interestingly,every government that has the passion to end corruption focuses only on the public position holders neglecting the other individuals especially the private sector.

Ghana can boast of numerous anti corruption bodies such as the Economic Community of Organized Crimes (EOCO) , the Criminal Investigation Departments (CID) and the Commission for Human Rights and Administrative Justice( CHRAJ) that can help curb corruption but all their efforts rather seem to be proving futile.

One mind boggling question that people continue to ask is '' but why aren't they able to put an end to corruption in its entirety since it's an evil bedeviling act"? A question that much interpretations and answers can be given to.

Earlier this year, on 11th January,2018 around 4:00pm when dusk was falling,as I entered my room to watch happenings around the country on Television, I saw the president - Nana Addo Dankwah Akuffo Addo together with the vice president - Dr Mahamadu Bawumia,chief of staff - Akosua Frema Opare,Attorney General - Gloria Akuffo and among others to my surprise naming Mr. Martin Alamisi Burns Kaiser Amidu as a special Prosecutor.

The man who is part of the largest opposition party in Ghana - NDC and popularly known as 'citizen vigilante' was acclaimed by president for his good work towards the fight against corruption in Ghana.

The president further proclaimed him as the first special Prosecutor to assume such office in the Ghanaian records and history .

A pronouncement that has called several debates in the media landscape as Mr.Martin Amidu was known to have critiqued several provisions in the establishment of the said office.

After due procedures regarding vetting and other documentation were made, 'the citizen vigilante' has begun his work as a special Prosecutor by receiving petitions on issues pertaining corruption.

Several legitimate questions regarding the independence of the prosecutor's office were raised but died in the drain as little attention was paid to it although the office still works under the Attorney General's.

Others like "Can officials under the current government be caught and prosecuted" were all swept under the canopy.

However, Mr. Martin Amidu in his vetting said he's going to be interested in the prosecution of corrupt officials who embezzled monies under previous government to face the rigors of the law.

But one thing missing in the whole argument is that corruption starts with an individual and end with the other person. Meaning the creation of special prosecutor's office as well as other institutions cannot put an end to corruption except attitudes are changed.

Corruption is not far fetched from our religious organizations because right from the church,there is corruption.

Is there any official there?
Haven't you ever gone to your assemblyman or MP for your share of the national cake?Meaning to put an end to corruption is the duty of a citizen.

Corruption starts the day an ordinary taxi driver gives money to the policeman on the road only for him to be pardoned for an offense or wrongful Act.

What of parent that pays money behind the scene only for their wards to be promoted or admitted?

Corruption starts the day a head of school with their teachers pay money to WAEC officials only to get examination papers for their students before due date.

Corruption starts the day an ordinary citizen will see another committing a crime but will refuse to report.

Pointing at officials for the cause of the unending corruption in Ghana is not a mistake.The mistake is when we exclude the ordinary citizen.

Public officials,let us not use the public money for our gluttony but rather use it as it is expected.Embezzlement of state's fund is creeping the country.

As a social canker, We will all be happy if it is being quelled and distribution of wealth is done equally among the citizens. But however, before this can happen,our roles are expected. Without our effort,not even 'operation house cleaning' can put an end to corruption. Be a citizen and not a spectator.Be a vigilante.

Mr President,Ghanaians really appreciate your effort in combating corruption.However,focus should not be on public officials only,citizens must be inclusive

Coming together to fight this social canker in a unanimous decision will be a step in a right direction.